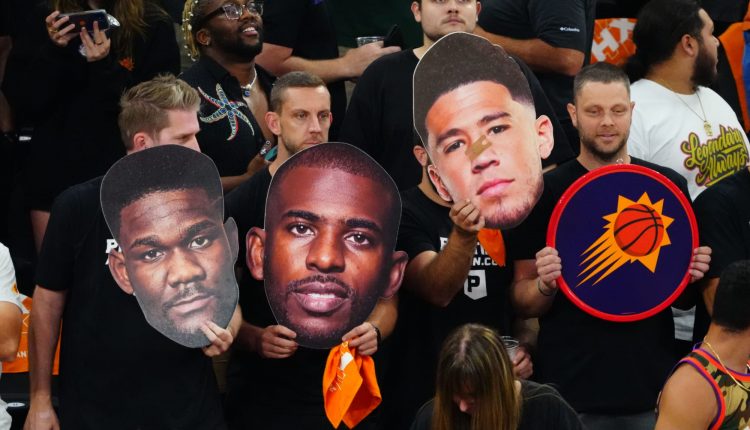 Very few harbor the belief that the Phoenix Suns will repeat their stunning dominance of last season, but this is still a franchise that holds lofty expectation among fans.

Last week we ran a poll on Twitter asking how many wins you expect Phoenix to finish with at the conclusion of the 2022-23 regular season. The results suggest the Suns will need to win at least 50 games to meet expectation.

Following a 64-18 record last season, fans of the Phoenix Suns remain confident the franchise will again boast one of the league’s best records in 2022-23.

39% of voters believe Phoenix will win between 51 and 55 games next season, around ten games below their 2021-22 campaign where they were eight games clear of the second-best record Memphis Grizzlies.

Another 38% of voters expect the Suns to win between 56 and 60 games, demonstrating that fans are confident of a bounce back from the team’s disappointing playoff exit in mid-May.

Could the Suns catch fire again and produce another all-conquering performance? 18% of voters think the team can conjure another 60+ wins in 2022-23. Last season’s record included a franchise record 18-game winning streak, which you’d think would need to be matched should the Suns wish to win 64 games again.

What about the chances of Phoenix taking a major dive, falling to a 40-50 win team and just battling for a playoff spot? That’s certainly not a thought for fans, with just 5% of voters believing the Suns will win less than 50 games.

What does fan expectation mean for the franchise itself? Well, if the Suns do meet or go above them, then support and confidence will remain, creating a vibrant atmosphere inside Footprint Center and in the wider community. If not, then the front office may feel pressure to make a change of some kind, likely through a trade or some version of roster adjustment.

17 things to do this week, from A Soulful Taste of the Burgh to the Allegheny County Music Festival

2022 Hyundai Tucson petrol vs diesel engine: Which to buy?