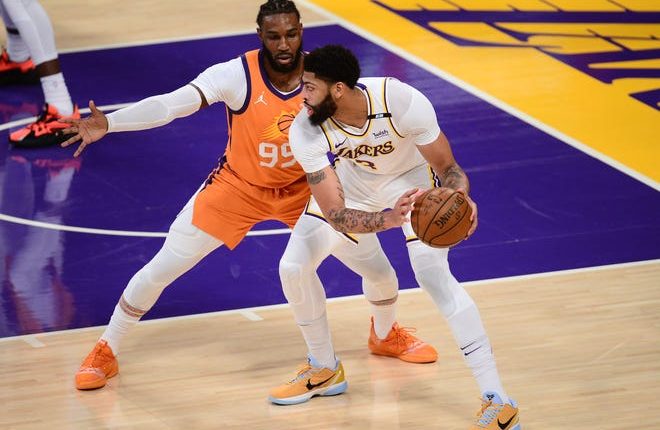 Earlier this week, we published a story about how the Phoenix Suns had been linked to the Los Angeles Lakers’ Anthony Davis in NBA trade speculation.

The story quoted a Western Conference executive, who told Heavy.com, that the Suns “would be an interesting fit” for Davis, once Phoenix could trade Deandre Ayton.

The executive suggested Phoenix trading Ayton and Cam Johnson in a package for the Lakers big man and the thought got us wondering: Would Suns fans be OK with trading Johnson and Ayton as part of a deal for Davis?

The overarching theme of the responses?

No, Sun’s fans would not be OK with it. Not at all.

64.8% of voters in the Twitter poll voted that “No” the Suns should not consider trading Ayton and Johnson for Davis.

They sounded off on the Anthony Davis Suns trade speculation, which can’t even become a possibility involving Ayton until Jan. 15, on social media, with many pointing out Davis’ history of injuries.

Johnny Guerrero (on Facebook): are you nuts?. bright no.

Mike Newhart (on Facebook): No! AD spends most of his time on his back. Hurt way too much.

David Mayer (on Facebook): No way. No how. No thank you! We’re good.

Xavier Denogean (on Facebook): 3 years ago yeah, but not now!

Do you think the Suns should try to trade Deandre Ayton and Cam Johnson as part of a package for the Lakers’ Anthony Davis?

Continue the conversation on Facebook or in the comments of this story.