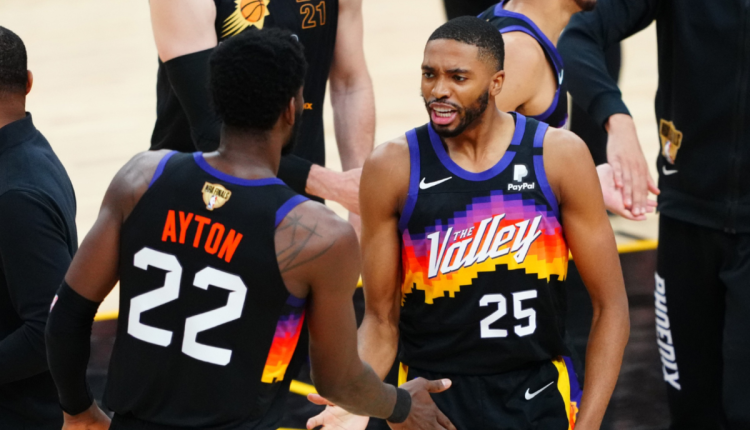 We’re merely days away from the Phoenix Suns opening their season against the Dallas Mavericks, and Bleacher Report has released their final batch of NBA power rankings.

Coming in at No. 1, to nobody’s surprise, are the Golden State Warriors. The defending champs appear locked and loaded to again make a deep run into the postseason.

Following behind them are the Milwaukee Bucks, Boston Celtics, Denver Nuggets and Philadelphia 76ers to round out the top five.

The Los Angeles Clippers (6th) act as the buffer between Phoenix and the No. 5 spot.

Here’s what Bleacher Report’s Andy Bailey said on the Suns at No. 7:

Sun’s Finish at No. 7 in Bleacher Report NBA Power Rankings

“After back-to-back blowouts at the hands of the Dallas Mavericks ended the Phoenix Suns’ 2022 postseason, they went through an offseason that included a rocky restricted free agency for Deandre Ayton and a trade request from Jae Crowder.

“And though all the “it’s just the preseason” caveats apply, Phoenix followed that summer with losses to the Adelaide 36ers and a Denver Nuggets team sitting Nikola Jokić Jamal Murray and Aaron Gordon.

“Still, this team won 64 games last season. Ayton, Devin Booker and Chris Paul are all back. Mikal Bridges and Cameron Johnson are ideal combo forwards to fill out the rest of that starting five.

“And though the bench feels a little thin, the Suns’ title window isn’t shut yet.”

Phoenix finished ahead of the Memphis Grizzlies, Dallas Mavericks and Miami Heat to round out the top ten.

Devin Booker Could be League Winner for Fantasy Basketball