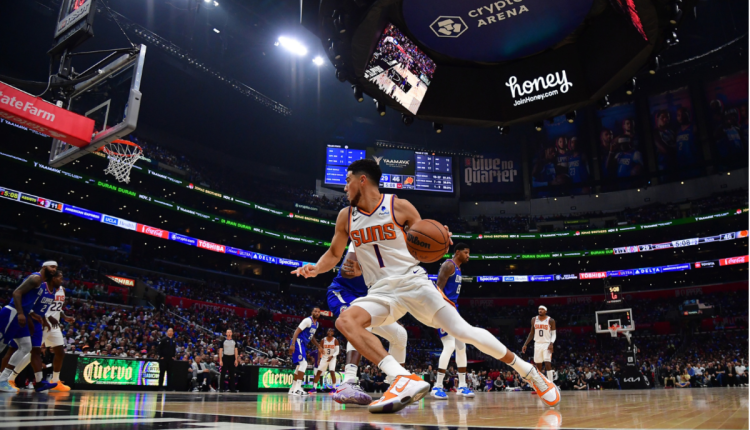 The Phoenix Suns rebounded quite well after their first loss of the season.

The Suns defeated the Los Angeles Clippers on Sunday night 112-95 to improve to 2-1 on the year.

Phoenix jumped out to an impressive 14-4 start to begin the game. Eventually, Devin Booker had more points (14) than the Clippers did at one point with ten at the 4:05 timeout in the first quarter.

Booker would finish with 35 points on 13-21 shooting and four assists. No other Suns player had more than 13.

After Phoenix built a 33-18 lead heading into the second quarter, Clippers forward Kawhi Leonard entered the game for the first time about halfway through the period. He finished with 11 points in 21 minutes as he works his way back from injury.

The Suns got up by as much as 22 points before the Clippers cut the lead in half in the later stages of the third quarter.

After making just one three-point shot on 12 attempts, Los Angeles went 5-for-8 to end the third quarter to cut the lead to ten.

However, Los Angeles never was able to get their deficit back to single digits, as the Suns controlled the pace and dominated the entire rest of the way.

Marcus Morris (22) finished as the leading scorer for the Clippers, who dropped their first game of the new season. Los Angeles emptied their bench with 2:40 left in the game.

The Suns return home to face the Golden State Warriors on Tuesday.

Deandre Ayton off to Hot Start