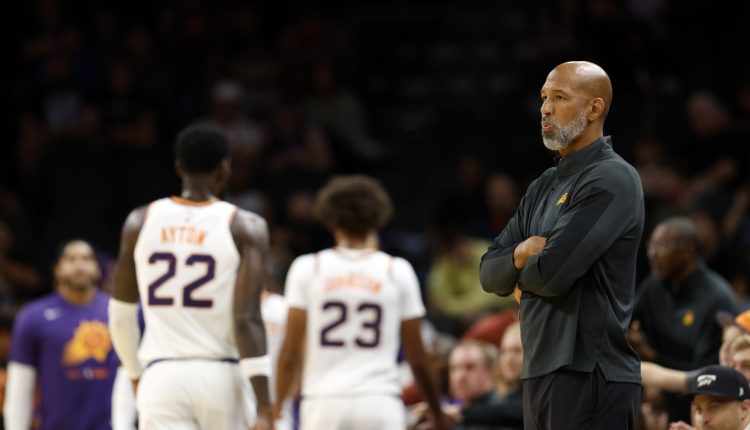 Phoenix Suns may need to sacrifice defense for bench production

The Phoenix Suns may have finished third in defensive rating last season, but that looks a difficult mark to maintain if early preseason form is any indication.

Phoenix gave up 134 points in their opening game against the Adelaide 36ers last Sunday, then 69 first-half points and 115 in total against the Los Angeles Lakers on Wednesday. While a large emphasis can be placed on it being preseason, the roster construction does lend Phoenix to being a more offensive-minded team in 2022-23.

The Phoenix Suns may need to sacrifice defense if they wish to possess a productive bench and maintain in championship contention.

The new starting lineup with Cameron Johnson in place of Jae Crowder already exchanges offense for defense, but it’s a style the Suns may need to delve into even further given current individual form.

Their backup guards appear like Cameron Payne and Landry Shamet, with both players being known for their offense rather than any notable defensive abilities. Then ye come to the front-court where Jock Landale has firmed as the Suns backup center over Bismack Biyombo.

The power-forward role behind Johnson may come down to Torrey Craig and Dario Saric, but even just one preseason game into his NBA return, the latter provides an upside and offensive flare that makes him a more exciting option.

If you evaluate the Suns top nine players as the starting five plus Payne, Shamet, Saric and Landale, then Mikal Bridges is the only one known more for his defense than his offense. The defensive-minded pieces off the bench are Craig, who’s been underwhelming through two games, Josh Okogie who’s currently out injured, and Ish Wainright who’s on a two-way contract.

Of course, the personnel isn’t an excuse for a lack of defensive intensity and attitude, nor the schemes that Monty Williams implements on that end. However, opposition teams may find a way to exploit situational matchups that Phoenix may find more difficult without Crowder and other requisite defensive pieces.