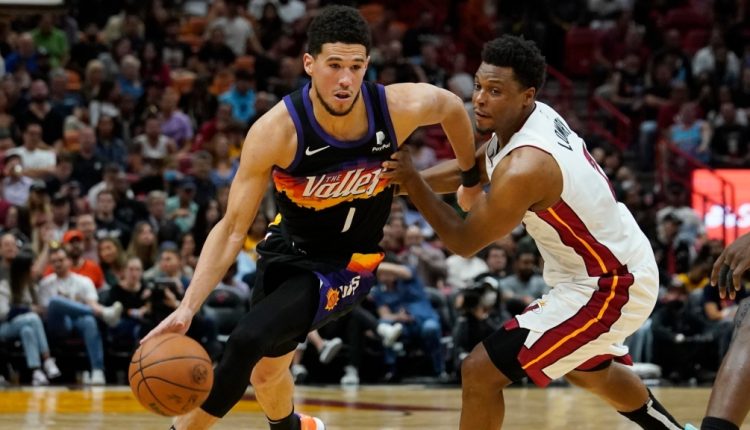 The Phoenix Suns travel to South Beach to take on the Miami Heat in what should be a fun game between two good teams. Tip off is scheduled to take place at 7:30pm EST.

Both of these teams were the number one seeds from their respective conferences a season ago, so despite the records, this should be a competitive game.

How Phoenix can win: For Phoenix, guard Chris Paul remains questionable for this game. If he can’t go, the burden then falls on the shoulders of star Devin Booker. Booker has averaged 26.7 points a game this season so far but will be matched up against one of the better defenders in the league in Jimmy Butler.

Phoenix is ​​playing like the better team but Miami is gritty so they can’t take them for granted. Strong ball movement and limiting turnovers will be a key for the Suns here.

How Miami can win: Miami enters this matchup playing down to what they did a season ago. Maybe it’s early season flatness or maybe the league caught up them. Whatever the case may be, the heat need to start winning games before it’s too late.

Guard Tyler Herro is questionable for tonights game so others will need to step up if he misses time. This is a game for star Jimmy Butler to take over and win. He is averaging 22.1 points, 6.5 rebounds, and 6.1 assists per game this season. If he can have another strong performance, it could go a long way towards a Miami win.

I think Miami does just enough to get the victory here at home. They need to start gathering wins so why not tonight against Phoenix.

Tucson holiday concerts, events to put you in a ho-ho-ho mood