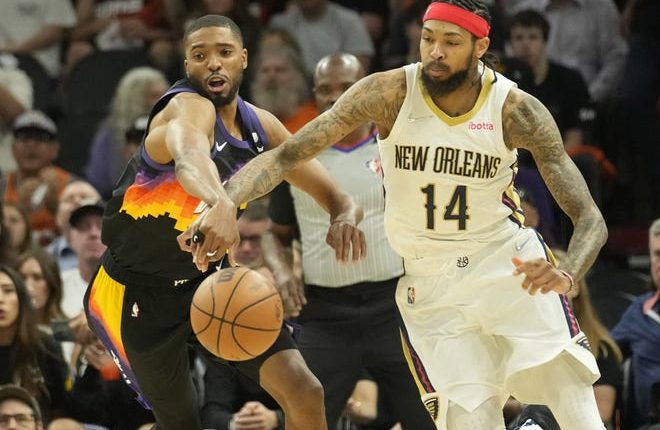 Mikal Bridges finishing second for NBA’s Defensive Player of the Year set the stage for him making the league’s All-Defensive team for the first time.

The Suns’ wing made first team in his fourth NBA season out of Villanova.

A global panel of 100 media members voted for the first and second team based on play in the regular season.

Bridges played a major role in Phoenix finishing the regular season third in the league in defensive rating behind the Boston Celtics and Golden State Warriors.

Bridges is the first Suns player to make the league’s All-Defensive team since Raja Bell made second team in the 2007-08 season.

Bell was the last Suns player to make first team in 2006-07 before Bridges earned the same honor this season.

Signing a four-year, $90-million rookie extension heading into this season, Bridges averaged a career-high 14.2 points on 53.4% ​​shooting. He hasn’t missed a game in his NBA career.

Bridges received 95 of the 100 first-place votes.