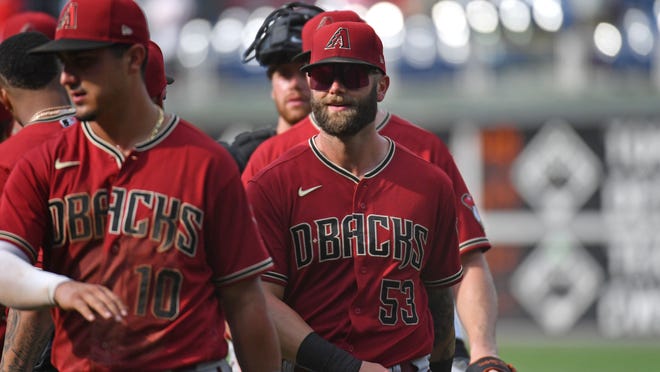 The MLB team lost a bet over the weekend with the Phoenix Suns wing, resulting in the team agreeing to have a “Mikal Bridges Appreciation Day” on its Twitter account when the Philadelphia Phillies come to Chase Field Aug. 29-31.

The Diamondbacks had made a bet with Bridges, a Phillies fan, that the team would have the appreciation day if the Phillies beat Arizona in the 3-game series over the weekend.

Philadelphia opened the series with a 7-5 win on Friday and followed it up with a 4-0 win over Arizona on Saturday.

Too bad Arizona didn’t make the bet on which team would score the most runs in the series.

Bridges and the Diamondbacks had some fun on social media throughout the series.

More:Arizona D-Backs coach Brent Strom gets back to work with Dallas Keuchel

Bridges is now 2-0 on recent bets.

Johnson served hundreds of Suns fans lemonade for charity after losing the bet to Bridges.

What bet will Bridges make next?