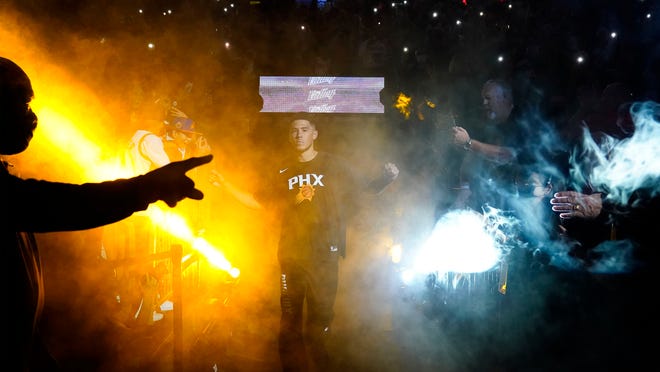 “Devin has had a truly special impact on our organization, our fanbase and the Valley community since he first arrived in Phoenix,” said Suns team owner Robert Sarver in a news release. “We are grateful for all his contributions and we are thrilled to ensure that he will remain in a Phoenix Suns uniform into the future.”

Averaging a career-high 26.8 points this season, Booker led the Suns to the NBA’s best record at 64-18. The Suns reached the Western Conference semifinals before losing to the fourth-seeded Dallas Mavericks in seven games.

“Devin, with his work ethic and commitment to excellence, has established himself as one of the league’s best players, elevating himself and our organization,” said Suns General Manager James Jones in a news release. “We are beyond excited to extend the mutual commitment between Book, the Suns and the Phoenix community. He’s just getting started.”

Booker added a message in the news release thanking the city of Phoenix and fans of the Suns.

“The love from this city has been there from the beginning,” Booker wrote. “I’m honored and humbled to call this place HOME.”

The Suns also announced Thursday they received Jock Landale in a trade with Atlanta for cash considerations.