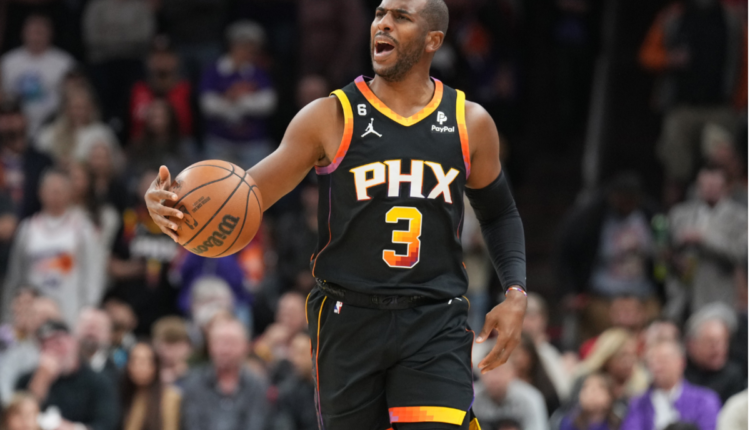 PHOENIX — The Phoenix Suns are currently trailing the Miami Heat. If they’ll make a comeback to stop their current losing streak, they’ll do so without star point guard Chris Paul.

Paul exited the game with right hip soreness at halftime and did not return. He finished with five points and one assist played in 12 minutes.

Paul joins players such as Devin Booker (groin), Cam Johnson (meniscus) and Jae Crowder (away from team) to be out.

With Booker/Johnson out, Paul had recently seen his scoring elevate in past games, totaling at least 20 points in three of his prior four games heading into Friday.

The Suns currently trail Miami 70-62 in the late stages of the third quarter.