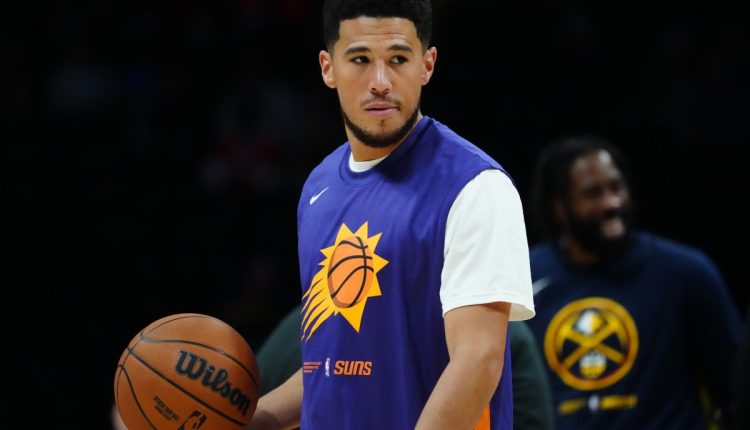 Expectations for the Phoenix Suns are all over the map.

Fans in the Valley believe the Suns can still make good on their roster and climb atop the West just as they did last season, although 64 wins will be hard to duplicate.

From a national perspective, the entire offseason’s worth of drama wasn’t enough to outweigh any good the team did.

The Athletic’s John Hollinger has been doing team-by-team predictions as the season draws closer to the opening tip, and his expectations for the Suns aren’t championship caliber, at least for the time being:

“Regardless, the lingering question in Phoenix remains: Are the Suns ever going to make another move to max out this roster? For a franchise that has never won a championship, they’ve seemed oddly content to run it back with the same group each of the past two years,” said Hollinger.

“Maybe the Dallas meltdown will be the shove they needed to act more aggressively this time around.

“The looming luxury-tax situation may have contributed to the Suns’ deal-making reluctance as well. But with Sarver at arm’s length, the Suns may have more freedom to stay in the tax or even add payroll in trades. They’ll also likely need to negotiate an extension with Johnson, who should command a deal in the $20 million a year range.

“Until we get into trading season, however, the Suns are playing at least half a season with the current group. And while there are undoubtedly some tremendous strengths, the shortcomings are clear too: They’re small across the board at one through four , they’re too dependent on midrange jump shots and, for an aspiring contender, the bench isn’t very good.

“None of these are intractable or unsolvable problems in the trade market, but they could hold Phoenix back the first half of the season. Unfortunately, the West looks strong enough that it might be tough to make up all that ground in February and March.

“Instead, the Suns feel like they’re stuck with an uneasy truce until the Ayton and Crowder situations resolve, with the backdrop of the ownership question adding another layer of uncertainty. There’s too much talent here to miss the playoffs, but I have a hard time imagining anything close to 64 wins is on the horizon.”

CBS Sports Says Take the Under on Suns’ Win Total

What Jock Landale Brings to Table After Impressive Preseason Run