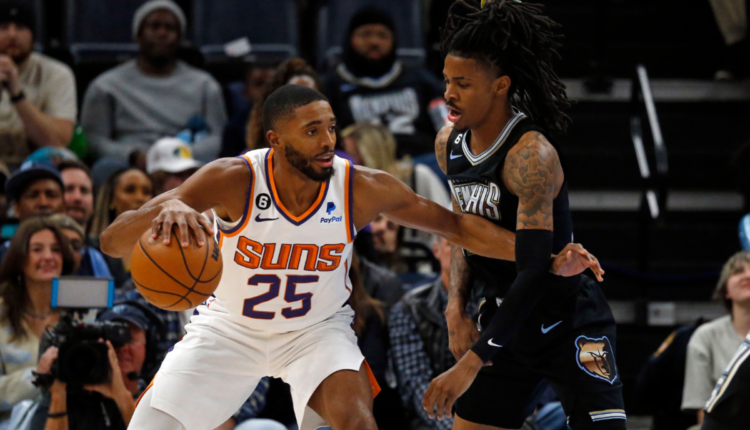 The Phoenix Suns managed to stop their three-game losing skid on Tuesday night after defeating the Memphis Grizzlies 125-108.

After head coach Monty Williams made remarks that the team felt like prey following last Friday’s loss to Memphis, the team’s attitude and physicality was obvious even in the absence of notable scorers.

Without the likes of Devin Booker, Cam Payne and Landry Shamet, the Suns were forced to roll out a rather large starting lineup of Chris Paul, Mikal Bridges, Torrey Craig, Jock Landale and Deandre Ayton.

The Suns won despite 22 turnovers.

While each starter managed to notch at least ten points, it was bench guard Duane Washington Jr. who scored a career high 26 points. He also added eight assists, four rebounds and a steal.

Phoenix, not exactly known for their three-point shooting, managed to convert an efficient 17-31 (54.8) from downtown. They’ve now scored at least 125 points in their last three-of-four games.

Every active Suns player got minutes in the win.

Unsurprisingly, the Grizzlies were led by Ja Morant’s 34 points but as a whole shot poorly, as none of his teammates eclipsed 14 points. They shot just 39.6% from the field and 26.7% from three-point land.

Memphis has now lost their last four of five after Tuesday’s loss. They trailed by as much as 25.

The Suns move to Washington for the second part of a back-to-back on Wednesday when they take on the Wizards.