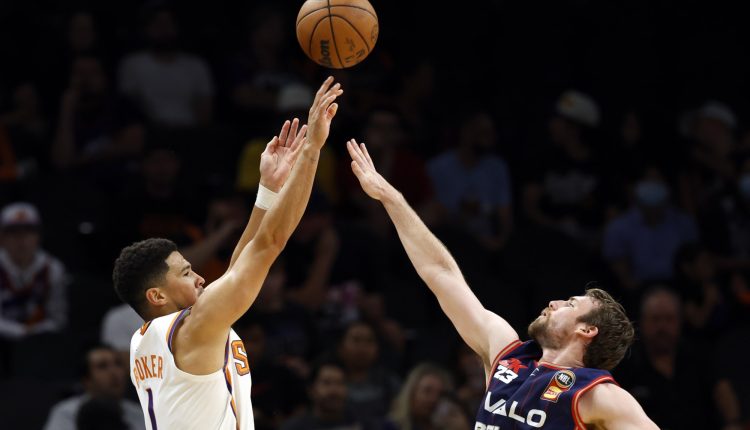 The Phoenix Suns shock loss to the Adelaide 36ers on Sunday was predicated on an enormous three-point shooting differential, with the NBL team lighting it up from beyond the arc.

While the 36ers shooting proved jaw-dropping and ultimately match-winning, the Suns sub-standard mark was unsurprising given the numbers produced across the NBA so far.

The Phoenix Suns three-point shooting on Sunday night has been indicative of league-wide struggles throughout the opening 13 games of preseason.

Early season shooting struggles aren’t uncommon as players look to acclimate back to competitive on-court action. Many current and former players have alluded to the physical difficulty of doing this, subsequently leaving a lot of jump shots short and hitting front rim.

While the league percentage may be down, it’s not as if the constant barrage of three-point attempts has slowed down. Teams are averaging just under 36 attempts, a slight increase from the 35.2 of last regular season. It’ll be interesting to see if the increase in three-point attempts continues for a 12th straight season.

Those wanting to watch an offensive masterclass best have not tuned in to a battle between two of the Suns pacific rivals; the Los Angeles Lakers playing host to the Sacramento Kings on Monday. The teams combined to shoot 16-for-69 (23.2%) from three as the Kings ran away with a 30-point win in the second half.

These are all early preseason numbers after all, and the percentages should revert back towards 35% soon enough. It’s just proof that Sun’s fans shouldn’t be concerned with their three-point shooting numbers from Sunday’s loss.