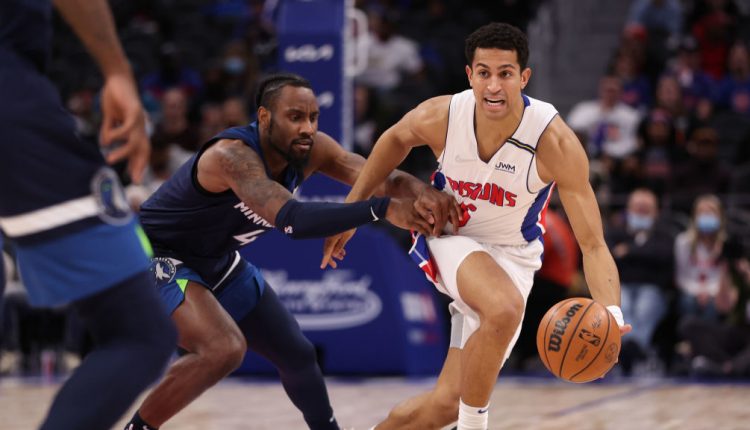 Frank Jackson #5 of the Detroit Pistons battles for the ball with Jaylen Nowell #4 of the Minnesota Timberwolves during the second half at Little Caesars Arena on February 03, 2022 in Detroit, Michigan. (Photo by Gregory Shamus/Getty Images)

The Phoenix Suns are signing guard Frank Jackson to a non-guaranteed deal, according to The Athletic’s Shams Charania.

The Suns’ roster currently sits at 14 players on traditional contracts, plus a pair of two-way contracts, meaning there is one spot open that Jackson could earn in training camp.

Jackson, 24, was the 31st selection in the 2017 NBA Draft out of Duke. He sat out his rookie season due to a foot injury before playing a sporadic rotation role for the New Orleans Pelicans over the next two seasons.

After three years in New Orleans, Jackson went into free agency during the 2020 offseason. He signed with the Oklahoma City Thunder before getting waived two weeks later, which led to the Detroit Pistons signing Jackson on a two-way contract a few days after his release.

Jackson went on to play 18.5 minutes per game and earn a one-year deal to come back to Detroit, where he averaged career highs in minutes (22.0) and points per game (10.6) last year.