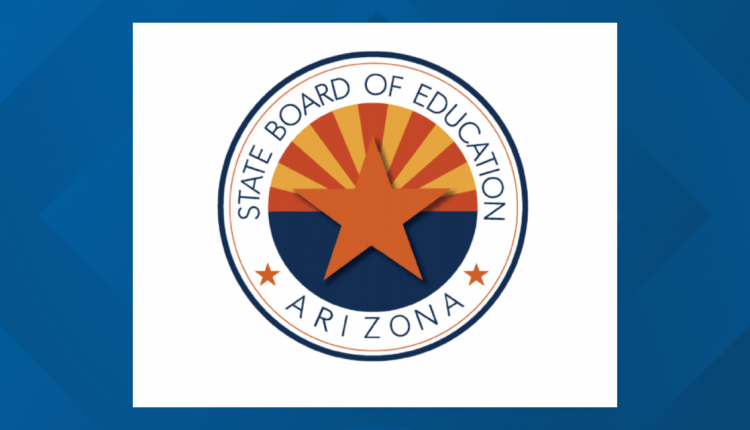 Stephen Escudero’s license to teach was suspended by the Board of Education on Monday, almost nine months after Phoenix police charged him with criminal behavior.

PHOENIX – A former Carl Hayden High School teacher was suspended his certification by state authorities on Monday, several months after Phoenix police arrested him for alleged sexual misconduct with a student.

Stephen Escudero, 41, will now not be able to teach in Arizona’s classrooms until the State Board of Education has ruled his case. A special committee is likely to look into the allegations against Escudero before the board takes a final vote on the status of its certification.

Public records indicate that Escudero was charged in December 2020 on multiple charges of alleged sexual misconduct by an underage schoolgirl in 2017. His trial is pending and a hearing is scheduled for November.

Nine months after his arrest, Escudero’s case was brought before the Education Committee on temporary disciplinary grounds. Meanwhile, his certification remained valid across Arizona.

The decision on the Escudero case underscores the lengthy, bureaucratic process that is often associated with complaints against Arizona certified teachers.

The board aims to resolve cases within six months, but some can drag on for much longer due to limited resources and a growing workload.

Board officials claim their case numbers have increased in recent years, but the staff is lacking to keep up with demand.

Earlier this month, the board submitted a budget proposal to the governor’s office for three deputy attorneys-general that could help resolve complaints faster.

Alicia Williams, executive director of SBE, said this was the first new hire request she made during her tenure as head of the agency, but she believes the board staff are being overwhelmed by her current case count.

Should the board receive a new complaint about a teacher charged with sexual misconduct, Williams said she could not schedule it for a committee hearing until June 2022 at the earliest.

“We have 80 open cases,” Williams said during a board meeting last month. “The deputy attorneys-general have the maximum capacity with around 40 cases each.”

The committee’s records show that the number of disciplinary cases decided between 2019 and 2020 nearly doubled, and the number of sexual misconduct investigated by the committee rose from 36 to 79.

“On the recommendation of the Office of the Auditor General (SBE) tries to investigate and assess complaints within 180 days of receipt. SBE does not achieve this goal,” it says in the board documents.

In some cases, it can take more than a year for the board to revoke certification of a teacher who has committed crimes.

Amanda Wernett, a former teacher in the Prescott Unified School District, was stripped of her credentials last month for crimes committed years ago.

Board records show Wernett was charged with welfare fraud in 2018. In January 2020, further charges of bodily harm, property damage and misconduct were brought.

Wernett pleaded guilty and was given a suspended sentence in July 2020. Her case was only decided by the board in August 2021.

RELATED: Police: Phoenix Teacher Arrested for Allegedly Having Sex with a Student

Republicans are the clowns in the debt ceiling circus. The act isn’t funny.