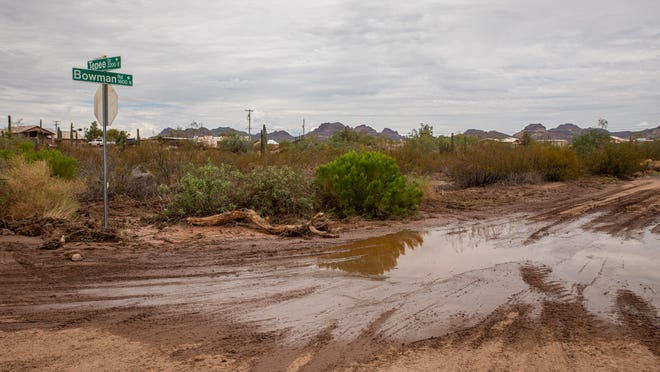 In the past week, Phoenix temperatures have been below average, with highs in the lower 90s and low 100s.

For a city with an all-time high of 122 degrees recorded on June 26, 1990, according to the National Weather Service, those summer temperatures mark a relief from otherwise scorching conditions.

However, this recent cool-down could be deceiving.

“So far, [temperatures] have been higher than average,” said Gabriel Lojero, a meteorologist with the National Weather Service in Phoenix.

In drought conditions, “soils tend to dry up … so, when you have dry soils, you tend to heat up the ground more,” leading to higher temperatures overall, Lojero said.

When it rains: Arizona monsoon storms expected into the weekend; flash flood watch in effect

The higher-than-average temperatures have not broken any significant records. There has just been one daily record high temperature for June 11 at 115 degrees and a couple daily record warm low temperatures in July. Lojero said it’s normal to break a few of those daily records each year by one or two degrees, but it becomes more extreme when records are broken five to 10 days in a row.

The recent heat relief is instead due to the moist and rainy conditions from a period of active monsoon weather, Lojero said. The cloud cover is keeping the temperatures in the Phoenix metropolitan area from soaring to their usual heights this time of year.

For now, Lojero said the monsoon pattern is expected to continue at least into early next week.While there may be a slight warming next week, he said both the National Weather Service’s 6- to 10-day forecast and its 8- to 14- day forecast show a high probability of average or slightly below average temperatures.

“Thunderstorms are spotty in nature,” Lojero said, explaining the rain may not be everywhere, but the scattered storms could produce “locally significant rain.”

Despite the active week, rainfall recorded this year is 2.66 inches lower than would be expected, which Lojero said was significant, making it a “very dry start” to the monsoon season.

Lojero said monsoon weather could still bring Phoenix back into a normal range of precipitation, but it will all depend on how the storms behave in the coming days and weeks.

US to Fill Border Wall Gaps Near Yuma, Arizona