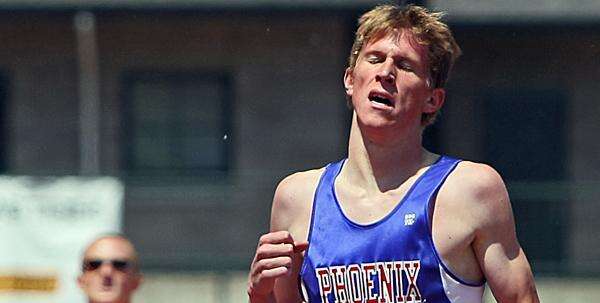 PHOENIX — At long last, Phoenix High School is ready to induct its newest class of hall of famers.

After nearly a decade of waiting, 17 individuals and three teams will see their names added to the Phoenix Athletics Hall of Fame during a Saturday night ceremony, the first in-person ceremony being held since 2014.

The ceremony will begin at 6 p.m. in the Phoenix High School Commons.

“We’re really looking forward to it,” said Phoenix athletic director Dave Ehrhardt. “For several reasons, we haven’t been able to have an induction ceremony, so to do this — and a lot of effort was put in back in 2011 and 2014 when this first started — it’s fun to continue this tradition.”

The three teams going into the hall of fame are Phoenix’s 1979 state champion football team and the state champion wrestling teams from 1980 and 1981.

“It’s a larger group and it’s three teams,” said Ehrhardt, “so to look back through the history of Phoenix and Talent athletics, there are some really incredible athletes. It’s probably a little more than what we’ll do in two years when we start a two-year rotation, but to have 17 individuals and three teams is pretty special.”

Ehrhardt said that they will continue to have multiple teams inducted in any given years as the schools works their way through their title-winning teams.

He also said that starting this year, Phoenix will hold athletics hall of fame inductions every other year going forward.

“I’ve been heard (as AD) for six years, so I’ve met some of them, but not all of them,” said Ehrhardt. “Some of these people are from the 60s or 70s, so they’ve been retired for a while or haven’t been here. But it’s been fun to go through yearbooks and look at biographies to get to know them. We’re really looking forward to meeting them in person and to celebrate them and their accomplishments and continue to build our hall of fame.”

Banquet tickets are available at getmeregistered.com/PHSHallOfFame

Phoenix’s Elliott Jantzer wins the Class 4A 1,500 on Saturday in Eugene. – Jamie Lush

Plant sales in Tucson just in time for your fall garden