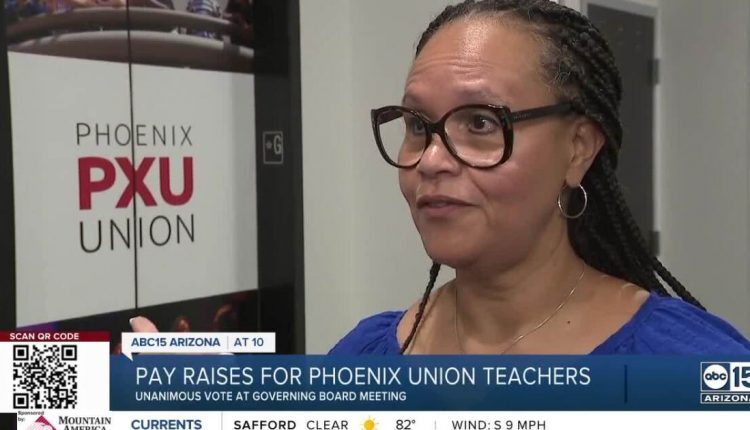 People contributing to these negotiations told ABC15 they have been fighting so employees can have a livable wage.

“It’s going to be huge and its life changing dollars for my colleagues,” said the Corresponding Secretary for the Classified Employees Association Vanessa Jimenez.

She said employees were who they thought of as they went negotiations for the third time this year. The group went back to the table after the state legislature approved more funding for the Phoenix Union High School District for employee salary increases.

Teachers’ starting salary on the updated plan. also increased to just over $52,000 a year.

The district telling ABC15 they now anticipate their average teacher salary to be over $70,000.

“They have a really good package going tonight as well that was negotiated,” said Jimenez. “Part of the process is we all come to the table and support each other.”

Board members commenting just before the vote, in support.

“I’m so proud that we’ve hit this milestone setting the bar for the rest of the state,” said Board Member Stephanie Parra.

Some members said they think another raise will be needed down the line.

“I think over the long term, as urgently as possible, we need to start a big conversation about how do we get to 20 dollars an hour for the lowest paid employees in the district,” said Board Member

Thursday’s vote was unanimous, with the board voting on the packages as one item.