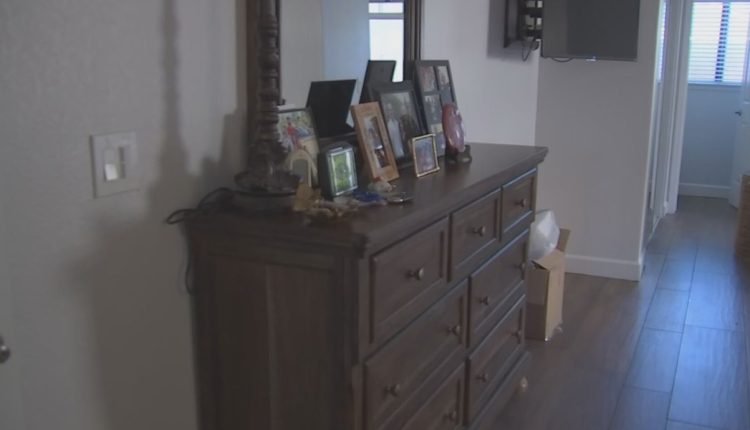 PHOENIX (3TV/CBS 5) — There’s a new scam out there, one that left one Phoenix woman without precious sentimental jewelry. The thief, posing as a utility worker, is asking to check houses for water contamination. “She noticed on her dresser that some of her jewelry was missing,” said Michael Buckmaster, the victim’s son.

On Monday, Yoshiko Buckmaster was relaxing at home when she got a knock at the door. “He presented himself that he worked for Arizona Water Services. He was wearing a badge that said that and it had some kind of number on there,” said Michael Buckmaster. The crook told Yoshiko Buckmaster her water might be contaminated and he needed to check. “He made her check her faucets by turning them on and off 10 times each,” her son recalled.

That’s when the thief snuck into the bedroom and stole sentimental items. “That’s when I thought, ‘I think I hear something,’ so I said, ‘hmmm I better check my stuff, it’s right there.’ So I look and empty,” Yoshi Buckmaster said. The jewelry, two rings and two watches, are valuable, totaling around $10,000. But it’s not the monetary value that upsets the family. “My father passed away four years ago. He had pancreatic cancer and obviously, it’s been hard on all of us but my mom, she’s held on to every item that had a lot of sentimental value from him,” said Michael Buckmaster.

Now, Yoshiko Buckmaster wants her items back and she wants others to be aware of potential scams. “It doesn’t matter, you know, the price. Cheap—it doesn’t matter. It’s got a lot of memories,” she said. According to APS, they will always make prior arrangements if they need to enter your home. If you get a knock from someone asking to check appliances, call the police.