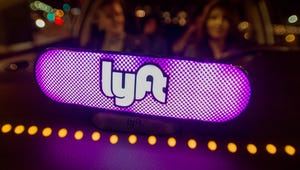 Lyft is being sued by 17 passengers and drivers alleging the popular ride-sharing company failed to protect them from sexual assault or physical attacks. Among those suing is one Phoenix woman who detailed her ordeal.

In a news release from the San Francisco-based law firm Peiffer Wolf Carr Kane Conway & Wise, Phoenix resident Katherine Rasta is said to have spoken at a Wednesday news conference about being sexually assaulted during a Lyft ride by a driver. Rasta said the driver locked her doors when they reached her destination, snatched her phone, proceeded to sexually assault her and threatened to find her if she said anything.

Rasta said she had a severe anxiety attack and felt “defiled,” and that Lyft never followed up with her. She urged Lyft to use dash cams, the news release mentioned.

“I hope I can use this horrific experience to make Lyft realize anything can happen during a Lyft ride,” she said, according to the news release. “We all deserve a safe ride experience. Nobody should go through the trauma that still haunts me today.”

The news release named four other alleged victims from different states, all of them accusing drivers from either California, Illinois or Connecticut of incidents occurring between March 1, 2020, and Feb. 7, 2022. Peiffer Wolf pointed to plaintiffs from Kentucky, Michigan, Ohio, Oregon, Texas, Virginia and Wisconsin who have not been publicly named.

Other than Rasta, there are 12 passengers named as plaintiffs, with 11 arguing they were sexually assaulted, according to the news release.

Some of the other allegations made by plaintiffs include criminal acts of false imprisonment and assault with a deadly weapon. Some alleged victims were left with disabilities, permanent deformities and PTSD, Peiffer Wolf said in the news release.

“This is a nationwide crisis. It’s unconscionable that Lyft was aware of the ongoing problem for years and did virtually nothing,” said Adam Wolf, partner at Peiffer Wolf, in a statement.

In a Thursday afternoon email, a Lyft spokesperson responded to the lawsuit and news conference, saying 99% of rides with the company occur without a safety report and that there have been safety measures introduced over the years.

“We’re committed to helping keep drivers and riders safe. While safety incidents on our platform are incredibly rare, we realize that even one is too many. Our goal is to make every Lyft ride as safe as possible, and we will continue to take action and invest in technology, policies and partnerships to do so,” read a statement from the spokesperson, adding “false and/or misleading claims” were made by attorneys at the news conference.

Stuart Berman is a Lyft driver who, according to the news release, is suing for a Sept. 17, 2021, incident in Stamford, Connecticut, where a passenger, unprovoked, repeatedly punched him in the head and face. After reporting the alleged incident to Lyft, the company told Berman it would deposit $750 in his bank account, the news release said.

Berman suffered a broken nose and a ruptured blood vessel in his brain, forcing him off blood thinners that led to a blood clot in his abdomen and continuing mobility issues, according to the news release. He also has a large scar on his head from surgery related to the brain injury, the news release said.

“I still have trouble going up and down stairs and have issues walking straight. It makes me feel like a child. I also have a huge physical reminder of the attack that I have to see every time I look in the mirror,” Berman said at the news conference, according to the news release. “Mentally, I haven’t yet returned to normal.”

Another Lyft driver who is suing, according to the news release, is Stella Grant from Chicago, who is said to have spoken at the news conference about being attacked on Aug. 30, 2021, by a passenger who used a sharp object to cut a deep gash on her lip.

“Drivers can see riders’ ratings before accepting a ride, and have our support to decline rides if they ever feel unsafe,” read a statement from Lyft.

Peiffer Wolf argued in the news release that Lyft is still hiring drivers without performing adequate background checks, has not adopted procedures monitoring drivers such as alerts about substantial route diversions, has no zero tolerance policy for sexual misconduct and no mandatory dashcam surveillance.

The law firm contends in the news release that Lyft does nothing to allow drivers to verify the identity of their riders, allows for account holders to arrange trips for unregistered individuals, does not allow drivers to see prior complaints on riders and refuses to cooperate with the law Enforcement without a court order.

In the news release, Peiffer Wolf pointed to Lyft’s 2021 Community Safety Report, which includes reported sexual assaults and 10 fatalities related to its rides from 2017-2019.

“The report was woefully inadequate and appears to have been designed to obscure safety issues rather than reveal them. For example, Lyft specifically noted that it had information regarding non-fatal instances of physical violence associated with the use of the platform, yet intentionally failed to quantify and describe the nature of these attacks,” read a statement from Peiffer Wolf.