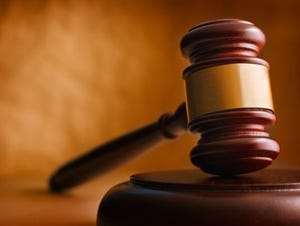 A Maricopa County Superior Court judged a woman to eight years in prison for the negligent murder of a 14-year-old boy in Phoenix.

Priscilla Uqualla’s defense claimed she tried to push three teenage boys off her friend, Devin Francisco, when she stabbed Quortez Conley in May 2021.

Video showed the group of teenagers pushed Francisco to the ground and continued to attack him for “1 to 2 minutes” before she stabbed Conley, according to court documents.

Hopping onto the light rail after a football game, 14-year-old Conley and two of his friends spotted the 30-year-old Uqualla and Francisco staring at them, according to one of the teenage boy’s statements.

The teenage boy said Conley Uqualla to stop staring at him, and she told him to shut up. That triggered a shouting match between the group and Francisco.

When the train stopped at Indian School Road and Central Avenue, Uqualla took a folding knife from her bag. She said one of the teenage boys yelled at obscenity at Francisco and threatened physical harm.

She gripped the open knife in her hand when she, Francisco, and the group of teens stepped out of the train, according to her testimony.

Video footage from the train showed one of the boys punched Francisco, and two others began to kick him.

Uqualla said she tried pushing Conley back from Francisco when she unintentionally stabbed him.

When the fight broke up, Uqualla ran. She threw the knife into a field but soon came back to turn herself in.

Police said they found a small bag of methamphetamine after searching her bag.

Uqualla pleaded guilty to negligent homicide, a class four felony, as opposed to second-degree murder, a class one felony.

The negligent homicide conviction plea came with a possible minimum of four years of prison time and a maximum of eight.

With five children of her own, no previous convictions and a history of mental illness, Uqualla’s defense requested the minimum sentence.

But Judge Justin Beresky said, “The defendant’s lack of criminal history is overshadowed by the fact that as an adult she chose to engage in a verbal and physical altercation with a group of children and escalated the situation by introducing a weapon to a fistfight.

“Her poor decisions resulted in the death of a child and caused lifelong emotional consequences for his family,” Beresky said.

He handed down the eight-year maximum of prison time on March 24 and ordered her to pay just over $7,000 to the family, the cost of Conley’s funeral.

According to records, Conley’s mother, Edna Crosby, told the court “she did not understand how it went from the boys headed home happy from a football game to her receiving a call that her child was murdered.”

“These were clearly children,” she said.

She said the sentence was too short because Uqualla would one day leave prison to live her life while she and her family would never see Conley again.