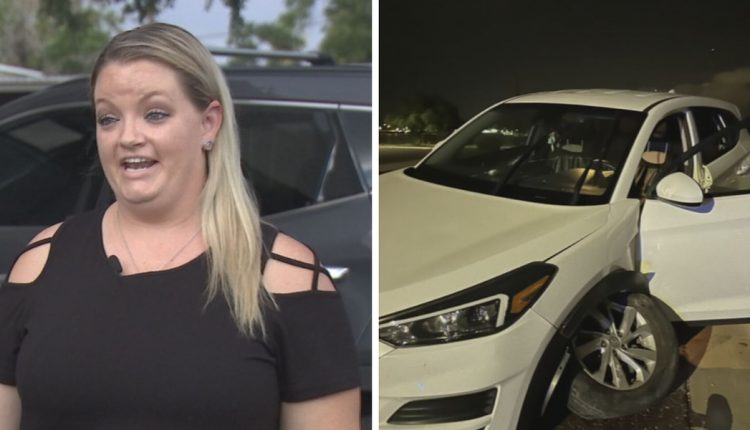 PHOENIX (3TV/CBS 5) — At the beginning of the month, we first warned you about a national TikTok trend with viral videos showing people how to steal certain cars with just a USB cord. Now, it appears the crime trend has made it to Arizona.

“It’s costing me a lot, a lot of money and it hurts!” said Carissa Denny.

Denny believes she is the latest victim of the troubling trend after her 2019 Hyundai SUV was stolen on Friday night and later found totaled. “They showed me the skid marks, they went around a turn, lost control hit the curb,” said Denny. “The frame of my car everything is just completely demolished.”

Thieves are going after Kia models from 2011 to 2021 and Hyundai models from 2015 to 2021 that lack an anti-theft system. “When they found the vehicle, it was confirmed that that is what happened, and the USB cord was plugged under there, she said.

Phoenix Police said detectives are investigating more than 40 car thefts since July 1 involving Kia and Hyundai vehicles. However, the department said there is no evidence now that the crimes in Phoenix are connected to the national TikTok trend.

“The challenging aspect to this viral TikTok is being able to find evidence that a USB style cord was used,” said Phoenix Police Sgt. Brian Bower.

Police say if you have a Kia or Hyundai to get an anti-theft kill switch device or steering wheel lock. So, park in a garage if possible. “It was pretty shocking, this is the first car that I have worked really, really hard for. I am single mom. I don’t have all the resources in the world but I loved that car,” said Denny.

Kia and Hyundai released statements saying they are aware of the rise in vehicle thefts and that safety is their top priority.