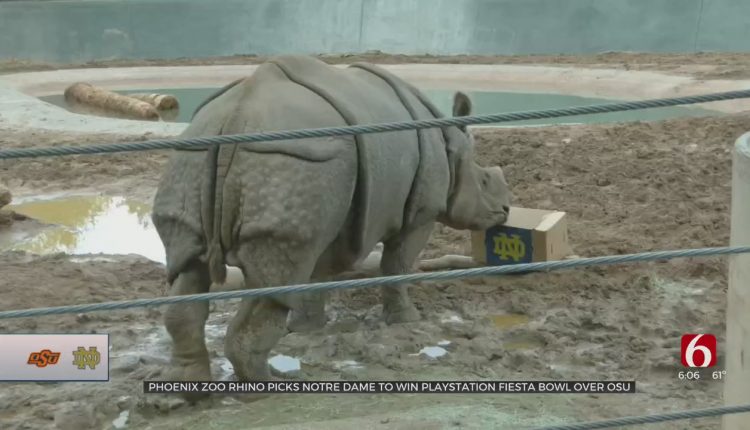 For superstitious Oklahoma State fans, this could be bad news.

Every year the Phoenix Zoo has an animal predict the winner, and the rhinoceros Chutti says Notre Dame will win the game.

Chutti is a larger unicorn rhinoceros that moved to the Phoenix Zoo about six weeks ago.

Every year an animal predicts the winner and this year was its year.

What they do is stick the scent of a blood orange on cardboard boxes with each team’s logo on it.

Then whoever Chutti interacts with is declared the predicted winner of the game.

“He knocked the OSU box off the record, but he definitely threw his head right in the Notre Dame box so it looks like Notre Dame is going to win depending on how we do it,” she said .

She said the zoo had a pretty good success rate picking the winner, but since this is Chutti’s first time it could go either way.