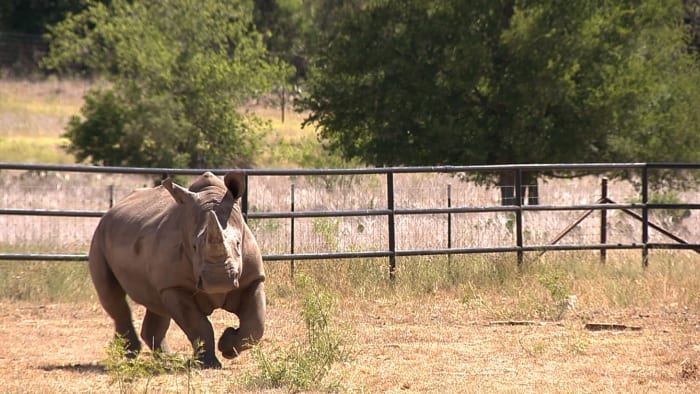 PHOENIX – Chutti, an 8-year-old greater one-horned Indian rhinoceros at the Phoenix Zoo, has declared a victory for the Michigan Wolverines during Saturday’s Fiesta Bowl.

On Friday, the larger-than-life animal pushed over a box painted in maize and blue instead of a purple and white box meant to symbolize Texas Christian University.

The Wolverines and the Horned Frogs will go head to head at State Farm Stadium in Glendale, Arizona, on Saturday.

In a video posted by the Vrbo Fiesta Bowl twitter account, Chutti walks up to the Michigan box, sniffs and nudges it, steps back to contemplate, then tips it over while a crowd of cheering (and booing) football fans watch.

If the rhino is correct, the Wolverines will then face off against the winner of the Peach Bowl between Georgia and Ohio State.

That said, the Meerkat mob at the Fort Worth Zoo, in Forth Worth, Texas, has put their money on the Horned Frogs so it’s anyone’s game.

Watch video of the prediction here:

Where to Eat the Best Brunch in Tucson