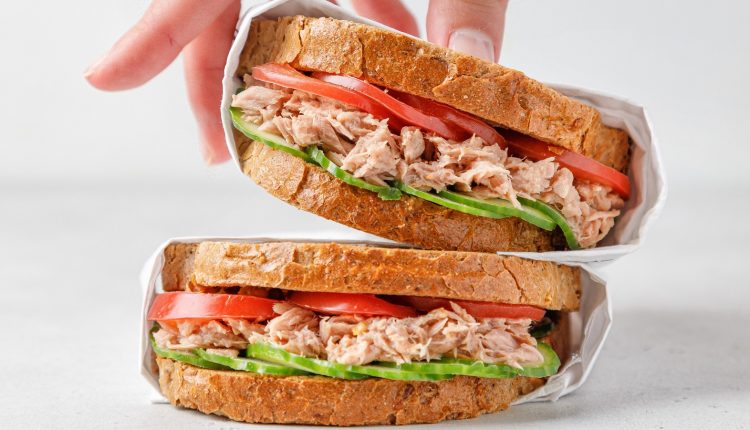 Being that Chula Seafood is known for its high quality seafood, it comes as no surprise that neither of its tuna sandwiches contain any canned tuna. Instead, this Arizona restaurant uses whole albacore tuna that’s been slow-cooked with oil until it turns into a confit (via Instagram). Per Cooking with Cocktail Rings, this method of cooking allows the fish to attain a more tender texture so that the meat is flaky and soft, but not mushy or dry like canned tuna tends to be. And thanks to the cooking oil and the natural juiciness of the tuna confit, there’s no need to pile on the mayonnaise.

According to Chula Seafood’s menu, the Confit Tuna Sandwich also includes giardiniera, avocado, cucumber, and paprika aioli. The Green Chile Tuna Melt consists of an entirely different flavor combination, being made instead with hatch green chilies and melted Oaxaca cheese with a side of chimichurri sauce. Both are served on fresh bread from local bakery Noble Bread. If you get the chance to try either of Chula Seafood’s tuna sandwiches, it’s safe to say it’ll be hard to go back to the regular kind.