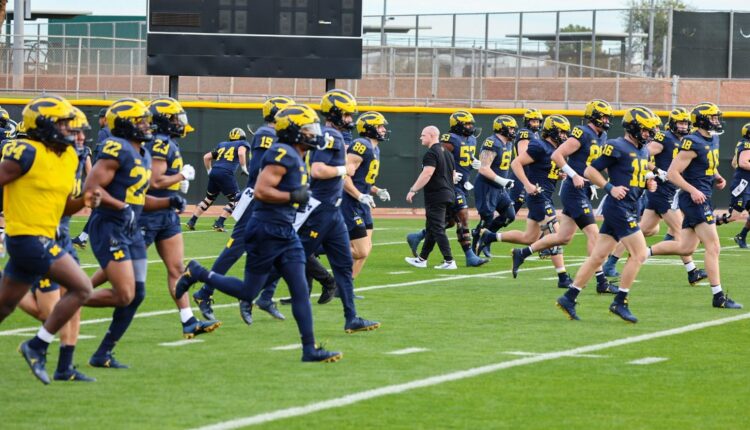 What’s to do during the final two days of 2022? Your options include watching a pair of top-ranked college football teams go head-to-head, stomping around with rivetheads at an industrial dance night, or celebrating New Year’s Eve with Broadway tunes or local art. If you’ve still got some mojo and money left over, CB Live will host a Selena-themed drag brunch on New Year’s Day.

Full details about each of these events are available below. For more things to do in the Valley this weekend, visit Phoenix New Times’ calendar.

Stomp around with local rivetheads at Rips during Area 51.

You won’t have any close encounters with aliens, government conspiracies, or top-secret UFOs at the latest edition of this long-running weekly dance night on Friday, December 30, at Rips, 3045 North 16th Street. That being said, there’s a good chance you might cross paths with some men — or women — in black, as gothy fans of genres like dark wave, industrial music, witch house, synthpop, and EBM (as in “electronic body music”) fill the interior of the local rock dive. DJ AKA and special guest DJ Gash will spin up these sounds throughout the evening while bartenders serve up $3 PBRs and $5 specialty shots. Break out your boots and stomp on down. The music starts at 9 pm and admission is free all evening long. Click here for more info.
click to enlarge This year’s Fiesta Bowl offers everything you could want in a high-stakes college football game. Two of the nation’s best teams, TCU (12-1) and Michigan (13-0), will face off inside State Farm Stadium, 1 Cardinals Drive in Glendale, on Saturday, December 31, in the semifinal round of the College Football Playoff National Championship. The winner moves on to next month’s championship game in LA while the losers head home to sulk. Oddsmakers are currently favoring the No. 2-ranked Michigan after the Big Ten team went undefeated this year. That’s not to say the no. 3-ranked TCU is going to go down easily, as they’re in the midst of a Cinderella-like season after going 12-0 before losing to Kansas State earlier this month. If you’d like the game in person, tickets currently start at $120 through SeatGeek. Kick off is at 2 pm
click to enlarge Local DJs and artists will help make Maybe 2023 Will Be Better a New Year’s Eve to remember.

Back in 2012, Tempe-based artist JJ Horner teamed up with other local creatives to put on an annual New Year’s Eve event that differed from the usual champagne-soaked ragers. The DIY-style celebration featured a group show with art from dozens of Valley artists and performances by DJs and bands. The event was successful enough that Horner and company have brought it back several times over the past decade (save for the occasional off year). It returns again on Saturday, December 31, at The Compound on the southeast corner of Farmer Avenue and University Drive in Tempe. Artists like Colton Brock, Adam Dumper, Kenosha Drucker, James B. Hunt, Beth Tom, Yuko Yabuki, Melissa Waddell, and the Molten Brothers will display their works. DJs and turntablists like Sativan, Stoneypie, Taylor Glasheen, Just Chris, and Sir Smeezy will serve up sounds and Jobot Coffee will be selling food and drinks. Mic Cause of Drunken Immortals hosts. The start time is 7:30 pm and admission is $20 per person. The full artist and DJ lineup is available here. click to enlarge The interior of Chandler Center for the Arts.

Chandler Center for the Arts

Spending New Year’s Eve in New York City is one of those things everyone should do at least once in their lives. And while we’re not suggesting that attending a performance of Broadway Showstoppers at Chandler Center for the Arts, 250 North Arizona Avenue, could ever truly mimic the experience of hanging out in the Big Apple when the ball drops, it will offer a sampler of the Great White Way’s greatest songs without leaving the Valley. This high-energy revue will feature showstopping numbers from Phantom of the Opera, Hamilton, Rent, Moulin Rouge, Chicago, and other blockbuster productions being performed by a half-dozen vocalist. A champagne toast and party favors are included. Showtime is at 8 pm and tickets are $28 to $48. Call 480-782-2680 or click here for more info. click to enlarge Westgate will bid farewell to 2022 during New Year’s Eve Live! on Saturday night.

Once upon a time, block parties used to be a major draw in the Valley on New Year’s Eve as thousands flocked to the downtown areas of both Tempe and Phoenix. Thanks to the pandemic and other factors (including the availability of a wealth of other big-ticket NYE events), the concept sorta fizzled out like an abandoned glass of bubbly. If you’re someone who’d like to spend the final moments of the year among a throng of revelers, the annual New Year’s Eve Live! at Glendale’s Westgate Entertainment District, 6770 North Sunset Boulevard, is the closest thing to a block party experience. The WaterDance Plaza will host a massive event with access to six bars, live music, fireworks, and the prop midnight countdown. Gates open at 7 pm Tickets are $50 for general admission, $65 for admission plus a fast pass, and $150 for VIP packages (which include an exclusive lounge and bar). click to enlarge 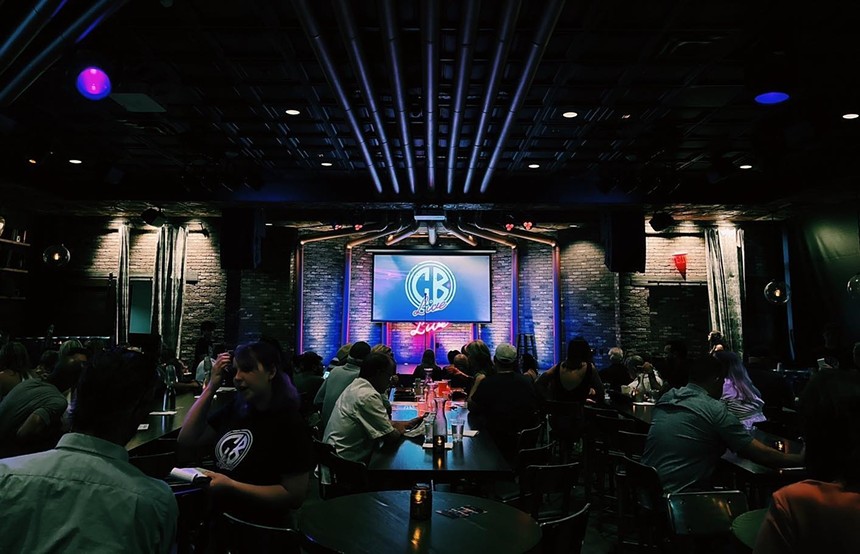 The music and moves of the late Selena Quintanilla will get a drag twist on New Year’s Day inside the showroom of CB Live, 21001 North Tatum Boulevard. Local drag artists Espressa Grande, Sayora DeMornay, Sandra X-tasty, and Mynx DeMilo will get campy and vampy as they celebrate and imitate the iconic Tejano superstar during the 21-and-over event at noon and 3 pm on Sunday, January 1. Costumes are encouraged if you’d like to join in the fun. General admission with first-come seating is $18 and VIP tickets with reserved seating are $28. There’s also a two-drink minimum and attendees planning to bring their squad are asked to purchase their tickets together. Visit the CB Live site for more info.