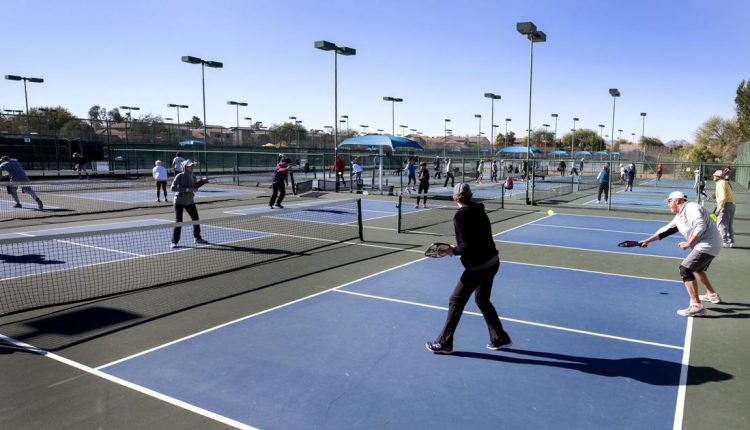 Pickleball: What is it and where can you play it in the Tucson area? | recreation

Pickleball is a paddle sport featuring a combination of rules similar to tennis, badminton and ping-pong.

It’s played both indoors and outdoors on a badminton-sized court with a modified tennis net, with wood or composite paddles and a tennis-ball-sized plastic ball with holes in it, somewhat like a wiffle ball. The game can be played as singles or doubles, making it popular with couples.

The game is intended for all skill levels and lessons are available at many local facilities.

Continued below the map.

Know of other places in Tucson to play pickleball that are not listed? Email us at [email protected]

As always, call ahead to check availability, especially for resorts and country clubs. Hours listed may be subject to change.

Pickleball is one of the fastest-growing sports in America. According to a 2018 survey by the Sports and Fitness Industry Association, membership in the USA Pickleball Association increased by 650 percent between 2013 and 2019 and now has more than 30,000 members and there are more than three million players of the sport as of 2018.

the United States Pickleball Rulebook has 86 pages that include rules of the game and tournament management and officiating rules.

Proposed rule changes are sent on a regular basis to United States pickle ball, the governing body, and made available for comment. This year, proposed rule changes could change a lot about Pickleball, but the decision on changes will not come until the end of the year.

Johanna Eubank is a digital producer for the Arizona Daily Star and tucson.com. She has been with the Star in various capacities since 1991.