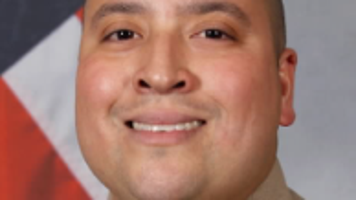 A Pima County Sheriff’s Department sergeant in the department’s school resources unit has been arrested on suspicion of sexually assaulting a co-worker during a house party, officials say.

The incident happened in December when Garcia held a house party for his unit, the school resource officers. The party was attended by several members of the squad, Nanos said.

The department launched its criminal investigation of the alleged sexual assault on Dec. 18

Garcia was placed on administrative leave with pay the morning the department learned about the incident, Nanos said.

Since then, Nanos said they got lab reports that further added evidence to the case, resulting in criminal charges being pursued against Garcia. The case is being handled by Santa Cruz County Attorney’s Office.

The Sheriff’s Department will be moving to terminate Garcia.

“Sergeant Garcia has denied the allegation, and we have been cooperating with the investigation,” Garcia’s attorney Louis Fidel said. “We are confident at the conclusion of the case, he will be cleared.”

Nanos said they are giving “as much support as possible” to the alleged victim.