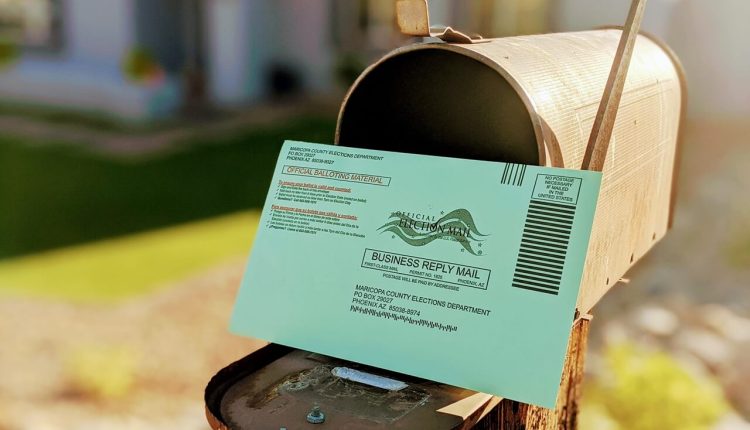 Pinal County won’t follow in the footsteps of Cochise County to expand a standard post-election hand-count audit of ballots this month.

The Pinal County Board of Supervisors on Wednesday voted down a proposal to expand the post-election audit after lengthy, and at times contentious, public comments — the majority of which were against an expanded hand count.

Arizona has been a hotbed of 2020 election denialism, with several Republican candidates for statewide office parroting the “Big Lie” that the 2020 election was somehow stolen from former President Donald Trump. In the two years since, no evidence of widespread election has been found.

Daniel Wood, a Pinal County Republican and QAnon believer who has unsuccessfully run for Congress and the state legislature, told the supervisors that its voting machines weren’t accredited and that any votes tabulated by machine were illegal. A lawsuit that Wood and others brought making similar arguments after the 2020 election was rejected.

“It’s a freaking disenfranchise of the vote,” Wood said of failing to expand the hand-count.

Pinal County Election Director Virginia Ross later clarified that the county’s tabulation machines had passed logic and accuracy tests performed by the Arizona Secretary of State’s Office, wherein premarked test ballots are run through the machine and the results are checked for accuracy.

Pinal County has already faced criticism for two election gaffes earlier this year, when the county sent out more than 60,000 early ballots that were missing town elections and during the Aug. 2 primary. And on Election Day in August, more than 20 precincts experienced ballot shortages that left some voters waiting for extended periods of time. The county fired its elections director, David Frisk, after the primary and replaced him with Ross who has previously overseen elections as country recorder.

Counties are legally required to do a hand count of some races in 1-3% of voting precincts in every election, to ensure the accuracy of machine tabulation, but Republican Pinal County Supervisor Kevin Cavanaugh claimed that the county would need to hand count a larger number of ballots to ensure the audit was statistically significant. He suggested doubling from two precincts to four the number of precincts to be hand-audited.

Cavanaugh acknowledged that past hand audits in Pinal County have always matched up with machine tallies, and Ross confirmed that no issues with the machine tabulation have been discovered through the hand count in the last decade.

The Cochise County Board of Supervisors voted last month to conduct a 100% hand-count of all ballots after the midterm election, which the Secretary of State’s Office has said would be illegal and would open the county to a suit from the state. Cochise County is already facing a lawsuit over its plan by the Arizona Alliance of Retired Americans.

In response to a question from the Arizona Mirror, Cochise County Public Information Officer Jane Montgomery did not clarify whether the county still intended to move forward with a full hand-count.

Multiple Pinal County supervisors said during Wednesday’s meeting that they had received hundreds of emails from citizens who don’t trust electronic tabulation machines, asking for a hand-count of all ballots.

Jennifer Hilbos, chair of the Legislative District 15 Democrats, which includes Pinal County, pointed out to the supervisors that even 2,000 emails would still only account for a tiny percentage of the county’s 262,000 registered voters.

Hilbos acknowledged that state laws on expanding the hand count were “clear as mud” but recommended against expanding the count to mollify a small percentage of voters over a perceived problem with no basis in fact.

Noel Reck, a member of Democrats of Casa Grande, said there was no rational reason for a hand count called by a small number of people “who can’t face that their candidates lost in 2020.”

“This has nothing to do with election integrity,” he said. “It’s about sowing distrust in the system with wild-eyed conspiracy theories.”

And Lisa Sanor, chair of the Pinal County Democratic Party, opined that the hand count proposal was “ill-conceived, ill-advised and ill-timed.”

“Anyone who’s been involved in past hand counts knows this is injecting partisan ideology into a non-partisan issue,” Sanor said.

Other speakers agreed that deciding on an expanded hand count less than a week before election day was a bad idea.

Hand-count audits are required to be performed by a mix of people from the two political parties.

Ross told the supervisors she wasn’t sure what the impact on her office would be if the hand count were increased to 4% of precincts in the county, because the precincts that are audited are chosen randomly, so the impact would depend on the population of the precincts and voter turnout within them.

Republican Supervisor Mike Goodman said that, if voters think more ballots should be hand-counted to verify machine tabulation results, they should take it up with the state legislature, which determines election law, and fellow Republican Supervisor Stephen Miller agreed.

“I believe it’s going to be a fair election,” Miller said. “There’s no reason to go down this path of changing the rules right before the election.”

Miller added that he was critical of states and counties that changed rules shortly before elections in 2020 and didn’t want to be hypocritical.