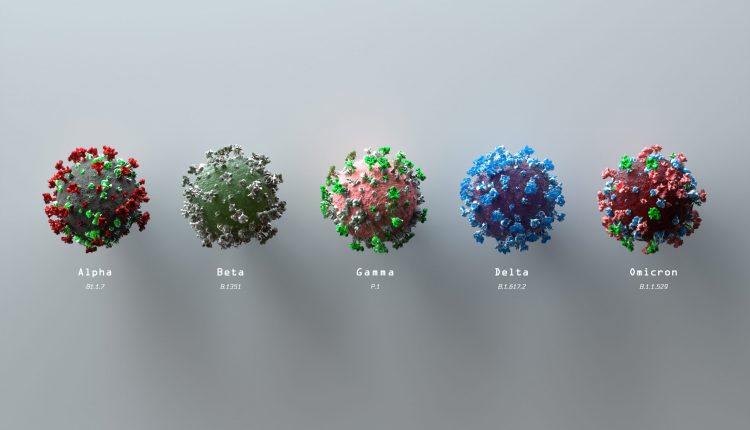 Pleased to meet you, hope you guess the name of my latest variant

We met a couple of years ago. January 20, 2020, to be exact. Snohomish County, Washington. Just north of Seattle.

I know it’s been a while, but it’s not an easy day to forget. I remember every detail: You wore blue and I, well, not to make this all about me, I was sporting a very striking crown of spiked red proteins.

So, you do remember.

Someone at the Centers for Disease Control and Prevention labeled it a “corona” and the handle stuck.

Maybe that’s why you let your guard down so quickly. “It’s a coronavirus,” the naysayers said. “So is the common cold. How dangerous could it be?” And right out the blocks, President Trump was like, “It’s going to disappear. It’s disappearing.”

A lot of you bought it. I get that. He’s a man, tall, wealthy and white.

“You know,” he said, “a lot of people think that goes away in April with the heat…”

Sure, that sounds about right. Yeah, that’s the ticket.

How were you supposed to know all I wanted to do was kill as many of you as possible, as fast as possible.

It’s nothing personal. You breathe. You suck me in. I do my best to kill you.

I’m the Khmer Rouge of viruses. Indiscriminate carnage is my gift to humanity.

I’m Putin on steroids. Hitler on speed. Manson in a nasal droplet.

I’m a fully metastasized biologically based AK-47 ghost gun loaded with an endless magazine of poison-tipped, micro-torpedoes, baby. Except the bullets I blast? You never see ‘em coming.

Next thing you know, borders are shutting down. Computer chips and toilet paper are running short. (WTF?!) ICUs are packed to the hilt. Crematoria are hanging up the “no vacancy” signs.

In the meantime, Big Pharma brainiacs are counting their Benjamins quicker than Uncle Sam can print them. I’ve always liked those guys.

But I gotta hand it to them. They were whipping out vaccines lickety split.

I was like, “Whoa…Pfizer is like kryptonite to me, bruh.” I thought, “Aw, man! The party was just getting started. All is lost!”

Or so I thought.

Enter the white knight (minus that pointy hat with the eyes cut out) and his merry band of Q-conspirators and Capitol insurrectionists. (Never forget, bruh.)

And a whole lot of you bought it.

Quick, gulp down some hydroxychloroquine. So what if you don’t have lupus or malaria. Go ahead, man. Slam another one!

Don’t like the taste of that? Try munching on ivermectin? So what if you’re not a parasitic worm-wracked horse. (Works great on dogs, too.)

Hell, the internet says it’s good for you. ‘Course, the internet also says JFK Jr.’s risen from the dead and itching to join the Trump train in 2024.

Needless to say, I was back in business.

Who’d have thought it’d be so easy.

Worldwide, I just blew past six million dead and counting. Deny that!

Here in the good ol’ U-S-of-A, I’m about to score my first cool million.

Now, I ain’t gonna lie. I couldn’t have done it alone.

I wanna thank my anti-maskers, my anti-vaxxers and my anti-science saps, too. I couldn’t have done it without you — and the former big guy’s help.

One million human beings. Let it sink in.

Oh, one more thing before I go.

To all of my triple-vaxxed, my mask-sucking, my hand-sanitizing, socially distanced peeps, I’ll catch you on the rebound.

The post Pleased to meet you, hope you guess the name of my latest variant appeared first on Arizona Mirror.