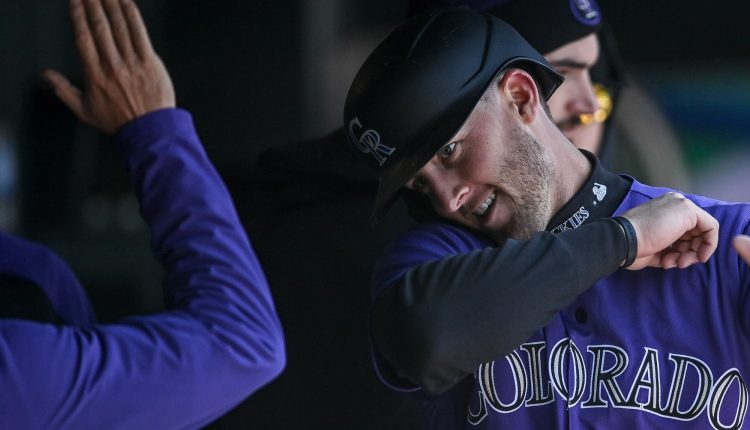 One of the themes rolling through the Colorado Rockies clubhouse prior to opening a six-game homestand on Friday night was to forget all about Philadelphia and the four-game sweep the Rockies had just endured at the hands of the Phillies.

flush it Wash it off. Whatever wording you wanted to use to talk about how the Colorado Rockies were ready to turn the page after being outscored 32-9 by the Phillies in a truly ugly series at the plate and in the field, the Rox were ready to do that at Coors Field on Friday night.

And do it they did, registering a 10-4 victory thanks in part to a solid outing from Antonio Senzatela and early home runs from Elias Díaz and Ryan McMahon that kickstarted an offense to life.

Searching for positives after a four-game sweep in Philadelphia, the Colorado Rockies returned to their winning ways on Friday night.

Nine runs in four games, then 10 in the opener against the Reds? You can say “Coors” all you want, but Colorado’s bats were connecting against Cincinnati pitching, especially in a four-run seventh when the Rockies turned it on against former Rox reliever Phillip Diehl.

Sure, the offensive output by the Rockies was a welcome sight against the Reds, but don’t overlook what Colorado also put together on defense as well. After committing seven errors in the four games in Philadelphia, Colorado played a clean game behind Senzatela, with the combination of McMahon to second baseman Alan Trejo to first baseman CJ Cron recording three of the four double plays turned by the Rockies on the night.

“There are such things as defensive slumps too, right? We had one as a team. There’s no doubt that we had one and, in a way, we broke out of that today with four double plays,” manager Bud Black said.

Colorado had turned an MLB-high 24 double plays coming into Friday night and only padded that lead with their defense against the Reds. It was the third time this season the Rockies turned four or more double plays in a game.

“When we’re turning double plays and we’re playing good defense and getting in and out, that’s going to be good for us,” said McMahon, who made two of those errors in the Phillies series. “It was a really clean game. No errors, four double plays, and Senza was pitching well, it was definitely a good one for us.”

On his home run, which Black called a “big swing,” McMahon said he made some adjustments after striking out in his first two at-bats against Cincinnati starter Hunter Greene.

“I kept getting beat up and in by him. I actually ran into the (batting) cage and practiced hitting like five or six ground balls to first base to make sure I was getting on top of it,” McMahon explained. “I just took that swing in there and he left it down a little bit where I could handle it a little bit better and I put a good swing on it.”

One game certainly seemed to cure the ills that plagued the Rockies in Philadelphia. Now 11-9 on the campaign, Colorado rediscovered itself at the plate and in the field on Friday night, a fresh start that Rockies fans hope is the beginning of what will be a very productive six-game homestand.

Newly constructed houses you can buy in Tucson | local news