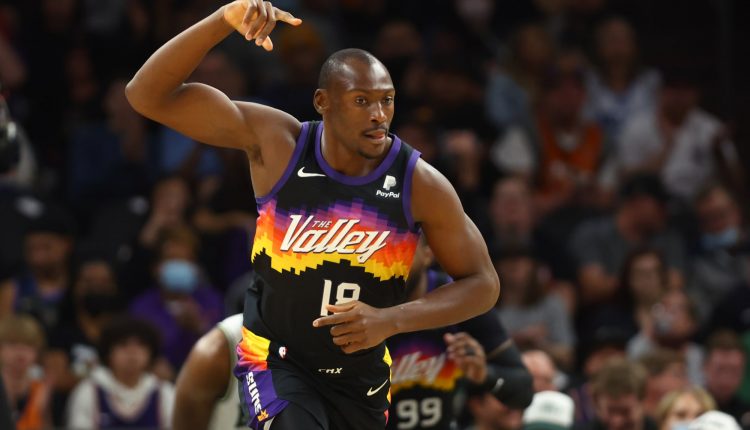 Across September, Valley of the Suns will deliver predicted stat lines for all 16 players currently contracted to the Phoenix Suns for the 2022-23 season.

After initially signing a ten-day contract at the start of the year, Bismack Biyombo proved productive enough for the Phoenix Suns to sign him for the remainder of last season. Player and franchise were happy to continue their partnership going into 2022-23, with Biyombo signing a one-year, $2.9 million deal.

With Javale McGee leaving to the Dallas Mavericks in free agency, Biyombo now sits as the overwhelming favorite to steer the Suns backup center duties.

Bismack Biyombo has the opportunity to continue his career renaissance as he embarks on his first full season with the Phoenix Suns.

Biyombo produced serious numbers in limited game time last season – 5.8 points, 4.6 rebounds and 0.7 blocks in 14 minutes per game. He shot the second-best field goal percentage of his career, feeding off Phoenix’s steady diet of pick-and-rolls where Biyombo could flourish. His role did reduce in the playoffs, averaging less than ten minutes and three points per game.

Biyombo’s 2022-23 season could go in two different directions. The positive is if he embraces the extra opportunity on offer, providing the Suns with a serviceable backup center when Ayton is off the floor.

The negative is if last season was just a blip on an otherwise naturally declining trajectory. As a smaller center height wise, Biyombo relies heavily on physicality when it comes to rebounding, interior defense, and finishes at the rim. Having passed 30 years of age, there’s a chance this deteriorates to the point he becomes ineffective and falls out of the Suns rotation.

Overall, Biyombo expect to average slightly more minutes than he did last season, however, it would be hard to envisage him maintaining the same sort of statistical averages across the course of an 82-game regular season.