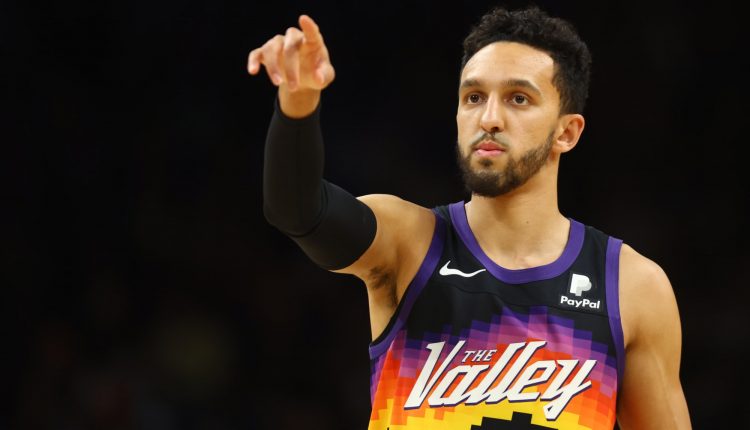 Across September, Valley of the Suns will deliver predicted stat lines for all 16 players currently contracted to the Phoenix Suns for the 2022-23 season.

After being acquired by the Phoenix Suns in a trade last offseason, Landry Shamet had an up-and-down first season in The Valley. While he undoubtedly displayed his knock-down three-point shooting threat, that skillset was underutilized in a Suns system largely unsuited to his style of play.

It’s for that reason that I’ve questioned Shamet’s value to the Suns moving forward, posing whether they need to change their style to employ him more, or move him on for a player better equipped to the current style.

Heading into his second season at the Phoenix Suns, there’s reason to suggest that Landry Shamet’s production should increase in 2022-23.

Even if the Suns remain as a lowly ranked team when it comes to three-point attempts, Shamet should become more acclimatized to the team system than he was last season. He shot under 40% from the field in 2021-22, a mark that simply can’t repeat even if his high proportion of three-point attempts means he’ll never have a super high field-goal percentage.

Shamet has been on a strange downwards trajectory over the last couple of seasons, with a revert to the form of his rookie season actually not the worst outcome. He averaged 9.1 points on 42.2% from deep in 2018-19, well above the 8.3 points on 36.8% that he produced last season.

While the 25 year-old will face some minutes pressure from newcomer Damion Lee, he should still sit comfortably as a core part of what the Suns are trying to achieve this season. He notched a career-high in defensive win shares last season, with an improvement in that facet possibly allowing him to play more alongside Chris Paul and Devin Booker for small periods.

Overall, last season’s production should be an absolute baseline of Shamet’s expectations heading into this season, with the hope that he can display a little more in all the key statistical areas.