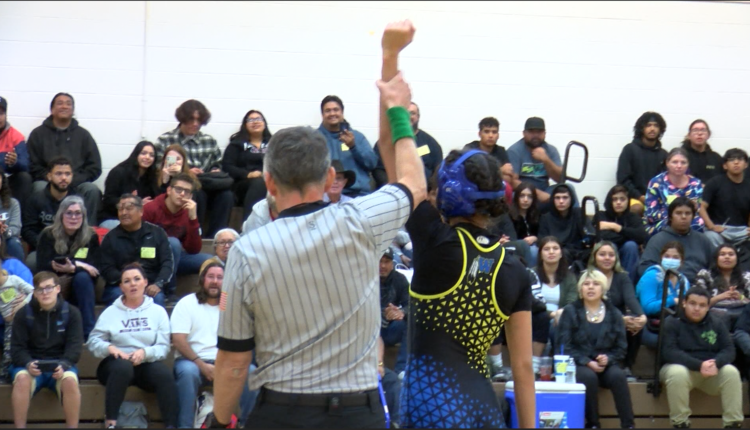 Both San Pasqual and Kofa hosted meets on Wednesday, welcoming many teams to the mat

YUMA, Ariz., (KYMA, KECY) – As the winter break approaches with chillier weather outside, it got heated inside on the mat for AIA prep wrestling on Wednesday.

Despite a good showing from the San Pasqual boys led by heavyweight wrestler Cesar Alvarez, the Warrior girls stole the show in Winterhaven, taking the overall win on the girls side with undefeated days from Briana Bouts and Jozie Shepard.

The Antelope Rams went .500 on the day, beating San Pasqual and River Valley and losing to Parker and Baghdad. The boys were led by Andrew Arevalo and Jose Moreno who each went 4-0. Antonio Murrieta went 3-1. Michael Hernandez also had a good day with a pin over River Valley and a great heavyweight battle with San Pasqual’s Cesar Alvarez before going down in that dual with an ankle injury.

The Cibola girls lost all their matches but their one light came from Kahlei Meza who finished with an undefeated day.

At the Kofa meet later in the day, the host team dominated their way through three opponents, including a crosstown dual with Gila Ridge.

Issis Stevens (145) and Jazlene Nunez (133) also had perfect days for the Kings girls.