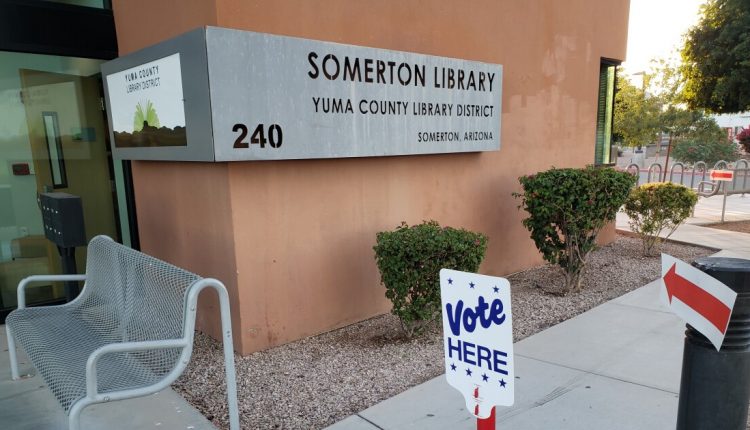 You may be counting down the days until 2022 Primary Election Day in Arizona, which is on Tuesday, Aug. 2.

If you want to vote in person on that day, here is where to go in Yuma and La Paz counties.

Registered voters in Yuma County can go to any of the eight Vote Center locations throughout the county. They are:

Early Voting is currently underground only at the Yuma County Recorder and Election Services Office, located at 102 S. Main Street in Yuma. Any Yuma County registered voter can vote early in person Monday through Friday from 8 am to 5 pm until Friday, July 29.
If you would prefer to vote from home for the Primary Election, there is still time to request an early ballot to be mailed to you. Visit my.arizona.vote or call Yuma County Voter Services at (928) 373-6034 by Friday, July 22 to request an early ballot. Early ballots must be returned to Voter Services no later than 7 pm on Election Day.

For voters in La Paz County, the locations are as follows: