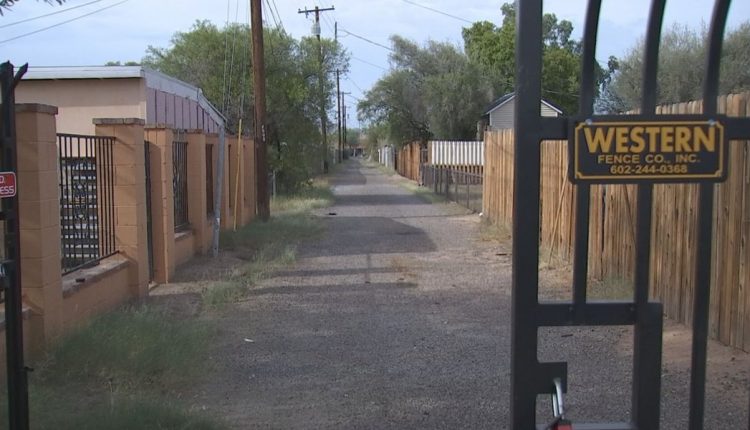 PHOENIX (3TV/CBS 5) — They keep the trash off sidewalks and provide easy access for repairs, but in recent years alleys have become a source of frustration, leading to crime and illegal dumping. Now the City of Phoenix is ​​responding, offering to gate off some alleyways.

“We knew something had to happen,” Chelsea Friday said. She explained that the murder of a Good Samaritan led them to rethink the alleyway. “We have dealt with a lot of encampments, a lot of drug use, a lot of criminal activity within the alleyways. I was not even comfortable taking out the trash,” she explained.

Then in July 2020, a suspect was trying to break into her home when a neighbor intervened. “He knew something wasn’t right, and he tried stopping somebody from doing something really bad,” she explained. “He was stabbed to death.”

Following that murder, neighbors appealed to the city and were able to join a pilot program. Their alleyway was one of 65 across the city that was gated off. “It’s been great; we haven’t had individuals in the alley as frequently,” Friday said.

The city is expanding that program, and officials say $500,000 will be used to install gates in about 45 alleyways. Each of these gates costs $5,000. “It’s just an extra stress,” said homeowner AJ Marsden. “97% of the break-in’s over the 20 years that I’ve been here have been through the alley.”

Over in the Pasadena neighborhood, Marsden hopes they can take advantage of the new program. As the president of their neighborhood association, it’s something they’ve wanted for years. “Knowing that’s there’s one less way and it’s a huge way that people can get into the house,” Marsden said.

The city says those interested need to fill out a request form. More than 50% of homeowners on either side of the alley have signed in support. Here’s a link to more information: Neighborhood Services Gated Alley Program (phoenix.gov).