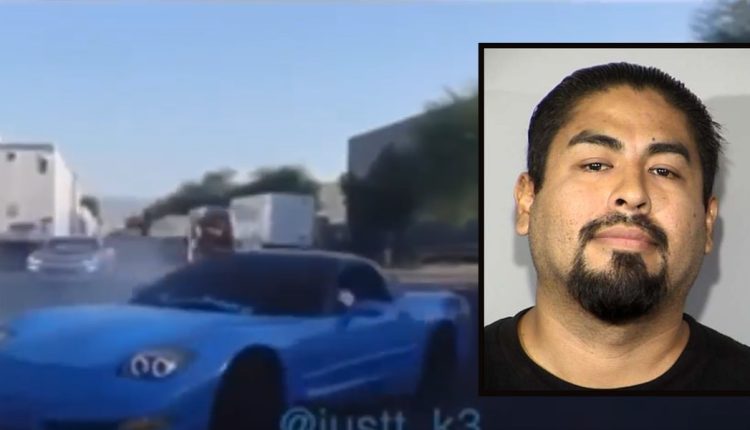 PHOENIX (3TV/CBS 5) — One of Phoenix’s most notorious street racers and organizers is heading to prison. Thirty-three-year-old Jessie Ray Luna-Espinoza was sentenced to two-and-a-half years behind bars after pleading guilty to multiple felony charges stemming from street races. Luna-Espinoza not only raced but promoted other racing activities on social media. “I’m happy that the courts sentenced somebody to prison and probation time,” Arizona Governor’s Office of Highway Safety Director Alberto Gutier said. “Because it’s a message.”

It’s a message that Gutier says is simple: Drive recklessly (whether it’s speeding, burnouts or something else), and face the consequences. “It’s not acceptable for them to do street racing,” Gutier said.

The Maricopa County Attorney’s Office said Luna-Espinoza, who says Gutier is nicknamed ‘Lunatic,’ pleaded guilty to one felony count of misconduct involving weapons and another felony county of racing. While Luna-Espinoza now heads to prison, Gutier says it’s crucial for the city of Phoenix and other parts of Arizona where racing is happening to not get complacent. “They’re not going to stop, OK?” he said. “As long as we have some additional funding available, we’ll provide additional funding to Phoenix, other communities that see that issue happening in their towns or their cities.”

Over the last four years, the Phoenix Police Street Racing Task Force has used the thousands of dollars of aid it’s received from the Governor’s Office of Highway Safety to submit 294 race-related trespassing charges and impound 844 vehicles.

Gutier doesn’t know the answers to his own questions. What he does know is it will take a continued coordinated effort by state law enforcement to keep racers off the street. “Phoenix started this whole thing with MCSO and DPS,” he said. “Now, other agencies are trying to imitate them, and I don’t blame them because it could happen in their towns and cities.”

Wichita’s Phoenix gym provides community for those struggling with addiction