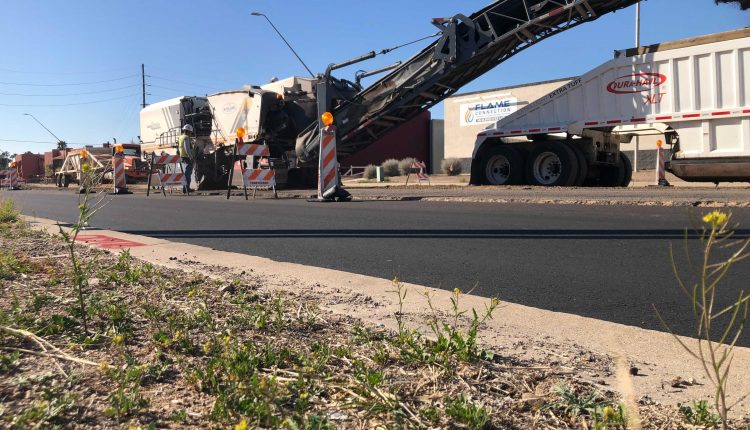 Prop. 411 is in the bag, now Tucson must move on with RTA

Now go learn to play nice with others, and get back to work on the Regional Transportation Authority’s reauthorization, due here in a couple of years.

Prop. 411 was catching up to where we want to be. RTA Next is about becoming what we want to be. Without Tucson involved, it won’t likely work because there will be a giant hole in the middle of the plan.

City leaders and the rest of the RTA board have been in a stand-off over proportional voting. Tucson wants to change how the board makes decisions by giving the city more than the single vote it now has, but instead divvy up power according to population. The argument goes, the system set up in 2006 shortchanges the big city, which has 54 percent of the county’s entire population, yet has no more authority on the board than the Pascua Yacqui Tribe, Marana or South Tucson.

The battle is not even with the RTA board. It’s with the legislature. Wait, let me clarify…

The battle is not even with the RTA board. It’s with the right-wing, fire-breathing, paleoconservative and Tucson-hating state Legislature. By state law, the Legislature would have to sign off on the RTA changing its structure so Tucson would have more power.

That ain’t going to happen, even if Steve Kozachik hypnotizes Marana Mayor Ed Honea and makes him go along — right after clucking like a chicken. The Legislature isn’t going to let God-fearing Republican Oro Valley residents get steamrolled by a bunch of Tucson hippies.

Tucson secured a pretty good compromise to stock the technical advisory committee, which is guiding the development of the RTA’s to-do list, with more city representatives. Having more say in the front end, can take care of problems om the back end of the process.

There’s been more than a little bit of under-the-breath grousing among Council members that Prop. 411 would do the city just fine for the future. The RTA? Eh Who needs it?

Tucson does. Pima County does. Southern Arizona does.

A five-year, half-cent sales tax was set to expire at the end of the next month, and voters just gave it 10 more years of life. It will raise about $740 million to fix up the road and transit system Tucson has.

The RTA is coming to an end of a 20-year life that was also funded with a half-cent sales tax — which has raised going on $2 billion to help move people across the entire Tucson metro region. It’s set to expire in 2026.

Without Tucson hippies — who actually believe erosion is more than fake news — a future ballot measure for “RTA Next” might not pass. Most of the voters in the county also live inside Tucson’s city limits.

Only by planning across jurisdictions can the region plan effectively. It’s a hell of a lot cheaper to have growth follow investment than infrastructure chase after growth.

Here’s a little for example. Sahurita residents often avoid Interstate 10 if they are traveling to Tucson — they opt instead to take South Wilmot Road up to Tucson. If Sahuarita is going to approach 100,000 people in the next 20 years, Tucson may need that stretch of road to be wider than two lanes.

A wider Wilmot would likely attract more growth along it, creating what traffic engineers call “attractors” along those shoulders. Ta-dah, just like that: a new corridor.

Most sales taxes are collected inside the city limits. Will Tucson get back 61 percent of the funding it provides for the RTA? maybe Maybe not. That’s not the point.

There’s another thing to watch for, even though it hasn’t shown up here yet. High housing prices can force people to earn a regular local wage out into the hinterlands. That can change traffic patterns and needs to be reflected in transportation planning.

Make the investments before the growth happens and save time, money and migraines.

Just as Sahuaritans coming to Tucson have a stake in the quality of transportation and transit available, Tucsonans sometimes like to leave Midtown. It would be nice to have a well-planned transportation system available for all.

Today, the city of Tucson is finding it relatively easy to get propositions approved by voters. That’s good news. Know who used to have an easy time doing the same? Pima County. Then they went cold with a series of high-dollar bond initiatives and haven’t been able to find their swing.

Tucson once had a similar problem. Know what the city did? It went to former Pima County Administrator Chuck Huckelberry and said “Help!” Huckelberry came up with the RTA and Tucson happily went along.

I’m not even saying what the RTA should be in terms of the final program. I’m saying Tucson needs to stay in the game. To whit: How much money would Marana spend on climate change if left to their own devices? We’re dealing with negative integers.

Tucson can fix some roads. Now it’s time to do the heavy lifting and start planning with a God’s-eye view of the whole region.

Blake Morlock is an award-winning columnist who worked in daily journalism for nearly 20 years and is the former communications director for the Pima County Democratic Party. Now he’s telling you things that the Devil won’t.

Bicycle rider dies after getting hit by car on Phoenix street