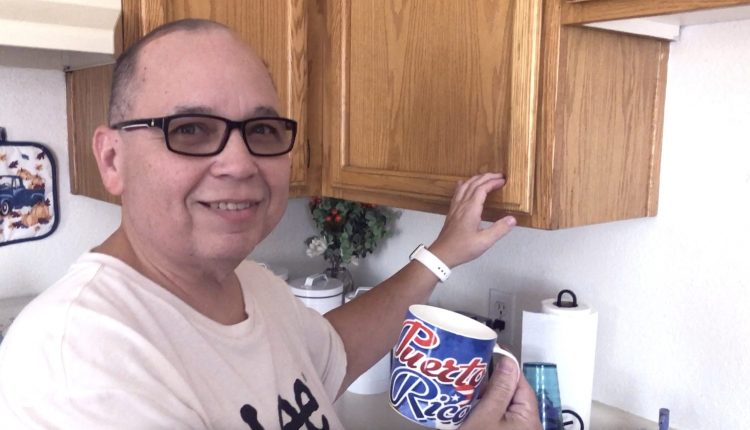 One local from the island who now lives in Yuma said he wishes the government was better prepared for natural disasters.

56-year-old Pedro Torres of Bayamón, Puerto Rico said he survived both hurricanes, George and Maria, before making the final decision to move to the states to avoid living through more natural disasters.

His family on the island lives in an area where power is now available but went six days without it starting the day before Fiona even hit.

Torres said four hospitals in Bayamón are still without electricity.

“They have not received electricity yet,” said Torres. “The roads, many of the roads are uncommunicated. So, the flooding right now is historical. We’ve never seen flooding like that, I mean there are cities underwater right now.”

Torres moved to the states in 2004 and returned to Puerto Rico in April of 2017, to be with his mother who was 80 years old at the time.

He recalls being out of options and in a panic once Maria slammed the island just five months after his return.

Torres and his mother moved to the states for the last time, finishing their last chapter in Puerto Rico.

“So, there was a point that I was desperate. There was no cell communication, cellular phone towers failed, all of them,” said Torres. “So, I had to travel in my car two hours to go to the expressway, stand on the roof of my car to get a signal, so I could communicate with my family here in Yuma.”

33-year-old Jennifer Gonzalez is another survivor of hurricane George who moved out of Puerto Rico ten years ago in 2013.

Leaving behind her family who said she are doing okay, but have been without power for six days.

“So now, it’s gonna be the time to get back on everything, so pretty much what they have from food is whatever they got from the hurricane,” said Gonzalez.

Just like Torres, Gonzalez said she wishes the government of Puerto Rico was better prepared for hurricanes as they have been occurring around the same time of the year.

As Puerto Rico works toward rebuilding what was destroyed, many families are in need of acquiring various resources to make it through.

If you’re interested in donating to Puerto Rico, here are a few links: