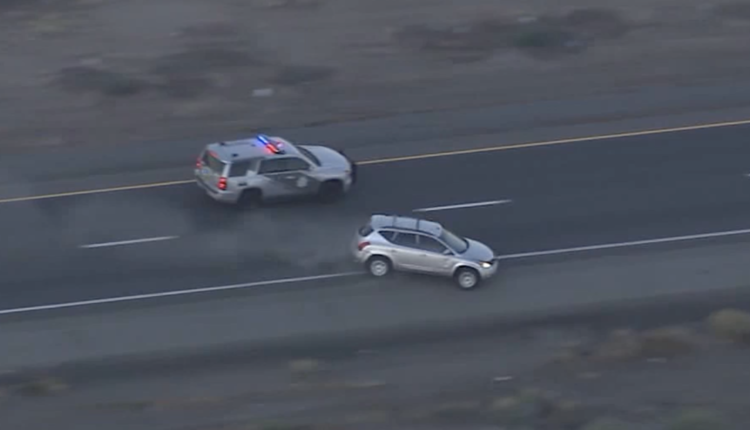 Pursuit ends in rollover crash on I-10 south of Phoenix

A pursuit of a possibly stolen vehicle south of the Valley ended in a rollover collision early Wednesday morning.

Arizona Department of Public Safety officials said they started pursuing the vehicle along eastbound Interstate 10 near Casa Grande around 7 am At some point, the pursuit turned around and headed westbound.

Marked vehicles made numerous attempts to stop the driver, and at one point, the vehicle picked up speed and went off the roadway.

Watch the video in the player below:

The vehicle lost control and rolled several times before coming to rest in the desert.

Two people were in the vehicle at the time of the crash and were taken into custody. DPS says they will be checked out by medical personnel for any injuries before being booked into jail.