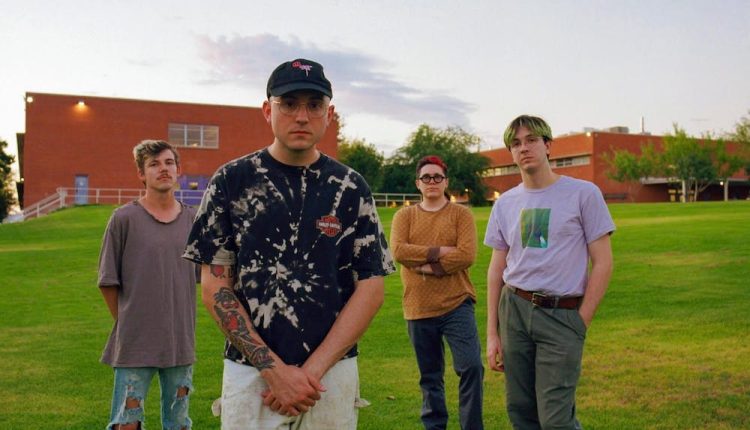 The band, best known for its albums Unrequited Love (& other clichés) and So Money, Baby, just wrapped up a month-long tour opening for the band We Were Promised Jetpacks.

We caught up with lead singer Nick Zawisa to talk about tour life, future plans and leaving Christianity.

From high school buddies to bandmates

Nick Zawisa: John, the guitarist, Matthew, the drummer and I all went to high school together. We also attended a church youth group together, which is where we started playing music. Jay came along a bit later.

Once I was graduating high school and heading into college, we all kind of started to drift away from the church, but still wanted to play music and we had gained a lot of exposure to playing in front of people.”

Juggling friendship on the road

NZ: It can be challenging. All four of us are very different people. I think one of the most contentious things between us is our visual identity. I’d say overall, touring is probably the thing that’s been best for our relationship because there’s really no other situation in life where you find yourself spending 24 hours a day with a group of people for months at a time.

We sleep in the same hotel room, all four of us. And then we wake up and get in the cramped van, show up at the venue, play a show next to each other and then go back to a new hotel, a new city to do it again.

Getting through the shows that maybe don’t have a lot of people show up or they’re not interested in our music, there’s a lot of bonding there. We get into little tiffs here and there, but I think that we are all much closer friends because of the band.

Dreams come true one mile at a time

NZ: We all try to look at it as like, we’re getting to do this thing that we’ve always dreamed about doing. Why should we ever have a bad attitude about it?

Growing a band from scratch

NZ: It’s been pretty crazy. When we started, we really didn’t have any big aspirations. But it was just something fun, right?

When I was in college, we would play lots of house shows and people started to like us, but it wasn’t something that we were taking super seriously the first two or maybe even three years of the band existing. But we started picking up some traction on streaming services and a few of the correct people heard our music and wanted to help us out.

Since then, things have just really gotten a lot more serious but in a good way where we can focus a lot more of our energy on the band than we ever used to.

NZ: It was definitely a big transition for me. There were just a lot of unanswered questions and denial of logic. It didn’t really align with my social beliefs anymore. So when I stopped really believing in Christianity and therefore had to leave the church and my role playing music there, it was a pretty big void that I left behind.

I think I just started writing [it out and] wanting to communicate my feelings. I feel like I’ve kind of stuck to the same formula as far as songwriting goes, which is practically just journaling with a rhyme scheme.

And I think there’s stuff to be learned from worship music. Something that contemporary Christian music does really well is it leads you to feel a certain way, just through the chord changes. I’m gonna say the word manipulation, but that’s maybe a little strong. But it purposefully arises, like, emotions out of you.

Inching toward “we made it”

NZ: But I don’t know if we have [made it] yet. I think we’re on a really cool path at the moment. The couple of times that we’ve gotten to do big headlining shows at Crescent Ballroom and Rebel Lounge with a full room of people singing the words as loud as I can; that’s a pretty big moment. But for me, the biggest moment would be the day that I get to, like, hand in my two weeks at my day job and actually do music as my career.

What you need to know about Dusk: