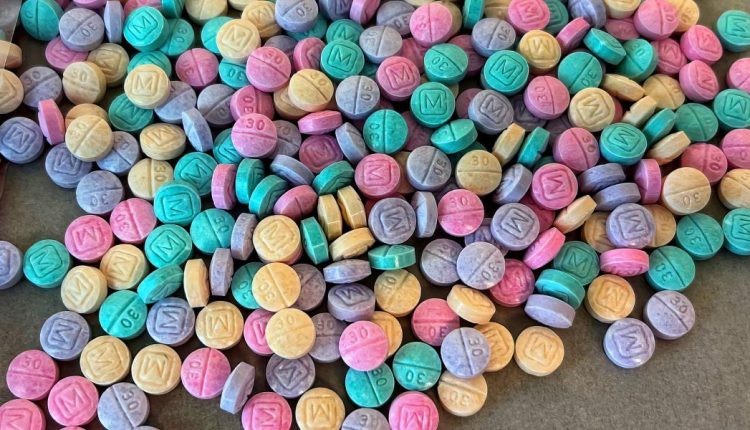 ‘Rainbow fentanyl’ on Tucson streets, police warn parents to be on lookout for drug that resembles candy

TUCSON, Ariz. (KOLD News 13) – The fentanyl epidemic is in full force, and Tucson police and state poison and drug experts are warning parents and young people about a new type of fentanyl.

“Rainbow fentanyl” is a multi-colored pill that looks like candy and there are concerns about how it could be marketed to children.

Capt. John Leavitt said thousands of fentanyl pills are found on the streets daily, and about one of every 10 busts involve rainbow fentanyl.

On the street, people are referring to them as “Skittles” because they can look like candy. Some of the drugs may even look like sidewalk chalk.

Leavitt said even though the drugs may look harmless, just one pill can be deadly.

“They want to make money, that’s what they want to do. They want to increase their sales. It appears to be an attempt by the manufacturer of these pills to offer something different to try to separate themselves from the rest of the market in order to have a competitive advantage,” Leavitt said.

According to the Centers for Disease Control and Prevention, more than 107,000 Americans died of drug overdoses in 2021, and 66% of those deaths were related to synthetic opioids like fentanyl.

“Our biggest fear is that young people won’t understand the seriousness of fentanyl and what it could do to them, and it could end up killing them,” Leavitt said.

Leavitt said they haven’t seen any rainbow fentanyl at our local schools, but are worried about kids buying them outside of school.

TPD records show there haven’t been any reports of anyone dying from rainbow fentanyl so far in Tucson.

He said the drug looking like candy is not helping the problem.

“It’s ridiculous. To have marijuana edibles look like a candy bar. Who would do that? Or gummy bears? … It’s ridiculous, but our community has accepted that, and now the illicit drug dealers that are making fentanyl are following that. It’s just incredibly dangerous and frustrating for us,” Brooks said.

Leavitt said the best way to keep your children safe is by educating them about the drug and telling them about what can happen if they use it.

If you find any pills at home that aren’t prescribed, call police to figure out what the drug is and where your child got it.

Leavitt said that way they can do their best to eliminate the source.

Formula May Be Right for Infants, but Experts Warn That Toddlers Don’t Need It