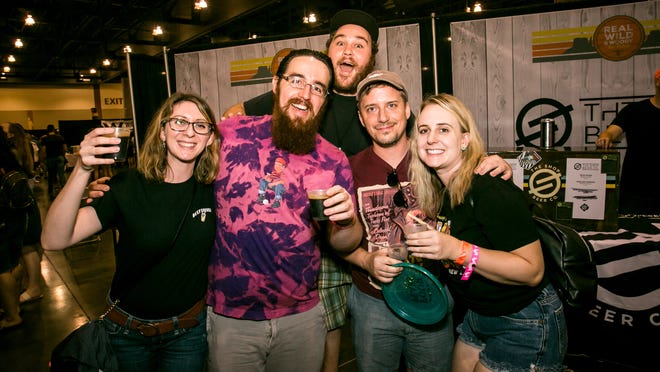 The Real, Wild & Woody craft beer festival is returning to metro Phoenix on Aug. 6 after a two-year break. While the event has historically been held at the Phoenix Convention Center, this year it will move to Mesa’s Bell Bank Park.

The event, one of the Southwest’s largest indoor beer festivals, is organized by The Arizona Craft Brewers Guild, which was established in 1998 and is comprised of registered Arizona breweries with the aim of upholding and celebrating the quality of locally crafted beer.

Over 50 breweries from the Valley, Tucson, Prescott, Sedona and Flagstaff will offer brews on cask, sour beers and barrel-aged beers. Some of the participating breweries include Cider Crops, Arizona Wilderness Brewing Co., Fate Brewing Company and Dragoon Brewing.

The event will be held on August 6 from 1 pm to 5:30 pm General admission starts at 2 pm and comes with a commemorative sample cup and 28 2-ounce sample pours. VIP access starts at 1 pm and includes a commemorative sample cup with 32 2-ounce pours. Tickets are available online and range in price from $65 per person during the early bird promotion to $300 per person for Super VIP admission. There is also a $15 ticket for designated drivers.

Participants must be over 21 to attend and cannot bring pets.

Three Things to Know About Insurance Coverage for Abortion