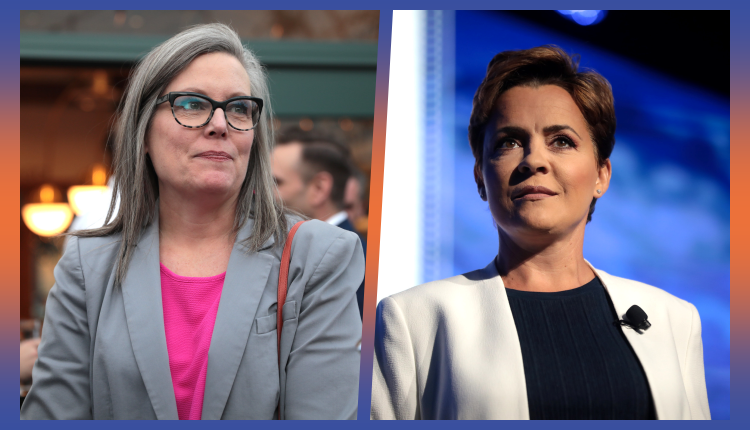 Record-setting number of women elected as governors in midterms

WASHINGTON —  The United States’ ceiling for female governors was shattered this week, with voters in 12 states electing women to the role, breaking the prior record of nine set for the first time back in 2004.

While not all of the gubernatorial campaigns have been called as of Thursday afternoon, Arizona and Oregon voters had two female candidates on their ballots, ensuring those states have elected a woman to the governor’s mansion, regardless of whether the Democrat or Republican candidate wins.

In total, there were 25 women running in gubernatorial races this year out of 36 total campaigns, a significant increase from the 16 female candidates who ran for governor in 2018.

Why women are breaking through

Kelly Dittmar, director of research at the Center for American Women and Politics, said Thursday several factors led women candidates to break through the record this year.

Female governors, she said, now have a longer record of showing women can succeed in the role, helping to erode some stereotypes that have hamstrung female candidates. Voters have also begun to reevaluate what they value in a leader.

“Seeing some of the failed leadership at executive levels of men might have also helped some of these women,” Dittmar said.

The last few election cycles, Dittmar said, have set a foundation for more female candidates as voters watched them win an increasing number of high-ranking positions, like governor, leading to more “public conversations about the importance of women in leadership.”

“That helps to soften the ground for women,” she said.

Women have increasingly moved up the ranks in statehouses, boosting the pool of women well positioned to run, a place that used to be dominated by male candidates, she said.

“For the governor’s office, it’s a sole office and there’s often a line of folks who are waiting to run for that position. And that line has been made up of men,” Dittmar said. “And it’s often been informed by men. In other words, who sits at that table deciding who’s going to run next and who’s going to be backed have often been small groups of politically powerful men.”

This election year also had a lot of turnover and opportunity for female candidates, combined with the fact that several women have stepped up following scandals by male politicians over the years.

The women elected as their states’ chief executives:

KHN’s ‘What the Health?’: The Midterm Shake-Up

How Democrats and Republicans Partied on Election Night in Phoenix