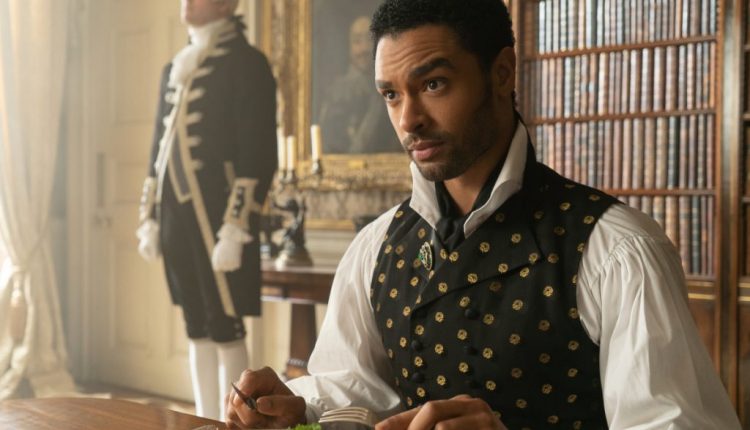 Bridgerton is a pop culture phenomenon. Fans love the historical drama / romance series and they love the characters. Bridgerton has only been on for one season, but the second season is coming soon.

A beloved character has already left the show, much to the horror of many fans, but it’s possible we haven’t seen the last of him yet. Regé-Jean Page left some clues about the fate of his character.

The Duke of Hastings is determined to remain a bachelor and let his family’s name die with him. Daphne, the eldest Bridgerton daughter, helps him while he helps her find a suitable spouse. Eventually the two fall in love and get married.

Page received an Emmy nomination for his portrayal of the Duke of Hastings. Regé-Jean Page plays the role in such a way that fans were devastated when they heard that he would not be returning for season two.

The Duke of Hastings won’t be back in season two

When it became known that Regé-Jean Page would not be returning as the Duke of Hastings for the much-anticipated second season, fans felt like they’d been caught off guard by the news. However, showrunner Shonda Rhimes confirmed that Page had only ever signed a one-year contract.

The official Twitter show posted a message on social media that read: “We say goodbye to Regé-Jean Page, who so triumphantly played the Duke of Hastings. We will miss Simon’s presence on screen, but he will always be part of the Bridgerton family. “

While many fans were taken by surprise, some recalled the Duke of Hastings not being present in the second book that inspired the television series. Even so, even Rhimes was shocked by the fear of Page’s departure;

“I was really shocked because it usually happens when I’ve killed someone who’s been around for a while. We didn’t kill [the Duke], he is still alive!”

Will we see the Duke of Hastings again?

This is where things get interesting. Regé-Jean Page had a lot to say about his departure and possible guest appearances in the future. According to TVLine, Page danced around direct questions but gave just enough clues that we may see the Duke of Hastings in the future.

After denying he had anything to say about it, Page said something interesting. “Isn’t it a wonderful thing to be surprised by what you didn’t suspect?” Page said. Fans definitely hope Page returns for season two.

Rhimes also interfered with the possibility. Page was invited to return for season two cameos and even said the paycheck is $ 50,000 per appearance. She went on to say that he is a busy man. According to TVLine, there have been some reports that Page has turned down appearances.

However, these reports seem inconsistent with what Rhimes and Page have said. There’s definitely a chance we’ll see the Duke of Hastings in Bridgerton season two. Filming for the second season began in spring 2021. However, there is no date for the premiere yet.

TIED TOGETHER: “Bridgerton”: Nicola Coughlan reveals that season 2 is going to be even “spicier”