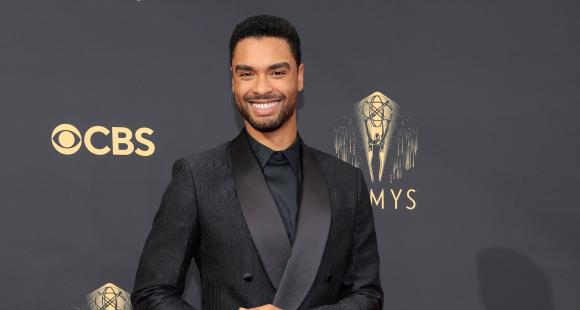 Regé-Jean Page’s birthday: A look at ALL of the Bridgerton star’s upcoming projects

Since Regé-Jean Page starring in Bridgerton as Simon Basset, the Duke of Hastings, we bet you couldn’t get enough of the actor and have been eagerly awaiting what he does next. While the actor may not return to the popular period drama on Netflix, Page is following the success of Bridgeton bagged some big Hollywood projects. The actor was also one of the top contenders when it came to a James Bond role.

As Regé-Jean celebrates his birthday on January 24th, let’s take a look at all the upcoming projects the actor will be starring in. While his departure from Bridgerton has hurt everyone, these upcoming projects of the actor will surely keep you excited as Page takes on some challenging roles. Considering he was Netflix’s breakout star, the actor has already bagged another project with the streaming platform, which also happens to be one of the platform’s most expensive, starring the likes of Ryan Gosling and Chris Evans. Let’s take a look at all of Rege-Jean Page’s upcoming projects below.

After the success of Bridgerton, Regé-Jean was soon cast for Netflix The gray man which was directed by Anthony and Joe Russo. The upcoming action-thriller is based on the 2009 novel of the same name by Mark Greaney. The Gray Man follows a CIA agent who becomes a fugitive after being betrayed by his own colleagues. Ryan Gosling and Chris Evans star, while supporting cast also includes Ana de Armas, Jessica Henwick, Billy Bob Thornton, Alfre Woodard and Dhanush. The film’s release date has yet to be announced.

It was recently reported that Page will star in Paramount Pictures’ upcoming 1997 remake of The Saint, based on a 1920 book series by Leslie Charteris. The film will be a reboot of Phillip Noyce’s 1997 film starring Val Kilmer, which will see Rege-Jean play Simon Templar aka The Saint, a skilled thief who has gone on various undercover missions goes. Production and release details for the film have not yet been confirmed.

Another big project Page has been signed to is the untitled movie Dungeons & Dragons. Directed by Jonathan Goldstein and John Francis Daley, the project will be a reboot of the films based on the popular game. It has been reported that Rege-Jean Page will be collaborating with the likes of Chris Pine, Michelle Rodriguez, Justice Smith, Hugh Grant and Sophia Lillis for the film. The film is scheduled for release in March 2023.

Which Regé-Jean Page project are you most looking forward to? Let us know your views in the comments below.