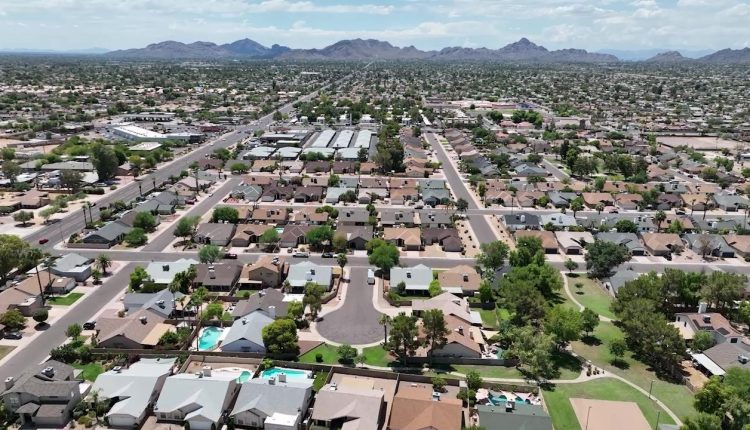 Cost of rent remains high for some Arizonans despite recent cooldown

While there’s been a cooling down of sorts recently, real estate experts say the average Arizona worker must devote 61 hours of their paycheck every month to afford rent, and that is driving some to move elsewhere. FOX 10’s Lindsey Ragas reports.

PHOENIX – The rental market is cooling down, but it hasn’t dropped enough to make much of a dent on affordability.

According to Zillow Senior Economist Jeff Tucker, typical rent in Phoenix comes out to $1,938. Currently, someone who is renting has to dedicate 20 more hours of their paycheck to pay rent than they were five years ago. However, rental prices are not climbing anymore.

“The rent growth has cooled down really substantially in the Phoenix area. It was running incredibly hot as late as mid to late 2021, but the pendulum has really swung the other direction in 2022,” said Tucker. “[A] typical renter in the Phoenix area would need to really devote their first 61 hours of work in the month just to cover the rent.”

Tucker says the reason rent is flattening out is that people are finding alternative options like moving away, or moving in with a roommate or family member to make it affordable.

“Now that renters have done that, that kind of put the brakes on rent growth,” said Tucker. “Unfortunately, it’s not enough to send rent plunging back to the level they were before the Pandemic.”

Some are moving out of Arizona for more affordable rent

“They are getting way too expensive,” said Ken Haynes of Phoenix.

Haynes, who has been living on Roosevelt Row in downtown Phoenix for the past two years, says the cost of rent is enough to convince him to move. His apartment is still too expensive, regardless of rent prices cooling down.

“Right now, the move is to go to Texas because over there, a two-bedroom, two-bathroom apartment is going for $1,200,” said Haynes.

Haynes pays well over the average rent, and says his rent went up to $400 within the last year.

“It’s been getting out of control,” said Haynes. “When I first moved here, rent was relatively cheap. Now, it’s like you really have to have a secondary or third job just to keep up with rent and on top of other things as well.”

We also asked a Zillow expert on when prices will become affordable once again. He said he doesn’t expect them to go down drastically. Instead, prices could level out in the next few years.

Phoenix Suns attempt to reset against Pelicans, new team at…