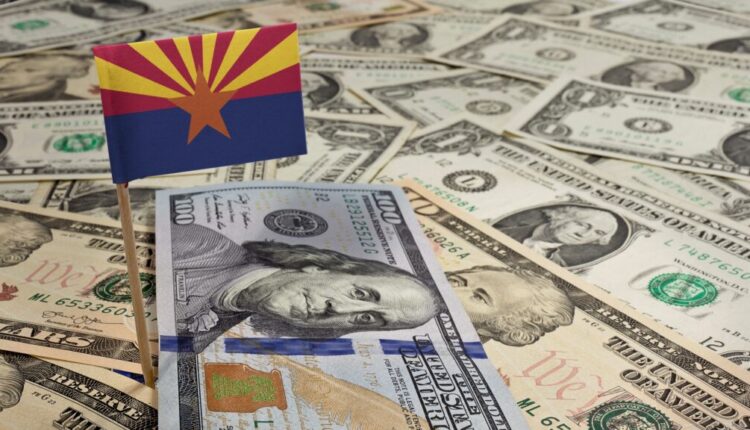 The Arizona Legislature has been in session for barely a week, and already Republican lawmakers are saying bipartisanship appears firmly out of reach and the state is headed for a government shutdown this summer.

“What we need to really look at — in my opinion and based on this discussion — is how do we do layoffs for state employees come July 1st,” GOP Rep. David Livingston, the chairman of the House Appropriations Committee, told Hobbs’ budget director, Sarah Brown, at the end of a legislative hearing in which Republicans sharply criticized Gov. Katie Hobbs’ budget proposal. “That’s the direction we are going. That’s how different we are from what we see as a budget and what you see as a budget.”

To avoid a government shutdown, Hobbs and the legislature must approve a state budget for the new fiscal year by June 30. Last week, the governor’s office unveiled its proposal, and the Republican majority reeled at plans it contained to repeal and overhaul conservative priorities, including last year’s expansion of the state’s school voucher program to every student in the state.

On Tuesday morning, that contentiousness remained as the Republican-chaired House and Senate Appropriations committees gathered to officially review and comment on the plan.

Before Hobbs unveiled her spending plan, Republican leaders said they wouldn’t negotiate on any new spending — Hobbs proposed some $2.5 billion in new spending, much of it on one-time expenses — until a so-called continuation budget was in place to maintain current spending levels in the event the two sides can’t agree before the June deadline.

The Governor’s Office and legislative Democrats were quick to reject the idea.

Education funding: Who gets it?

Universal school vouchers were top of mind for Republican lawmakers. The Empowerment Scholarship Account program, originally designed to benefit special-needs students or students who attended failing schools, was expanded last year to allow anyone to apply. Scholarships average about $7,000, though they can be more if a child has special needs, and can be used for private school tuition or homeschooling costs.

Analyses from the state’s education department found that as much as 75% of new applicants had never previously attended a public school.

Hobbs’ budget proposal would repeal that expansion entirely, restoring the program back to its original intent — removing the students who have already been approved for vouchers under the expansion. That’s unacceptable for Republicans who champion school choice.

“Parents and children across our state have decided the ESA (expansion) is necessary,” said Rep. Barbara Parker, R-Mesa, “How would the governor justify pulling the rug on 35,000 families and growing?”

Brown, Hobbs’ budget director, rebutted that parents would still be free to send their children to private or charter schools — just not with a taxpayer-funded subsidy.

Livingston, R-Peoria, grilled Brown on whether Hobbs would consider vetoing a budgetary allocation for universal school vouchers sent up by the Republican majority, reasoning that, if Hobbs intended to preserve the program for special-needs students, her inflexibility to the universal aspect could also jeopardize the funding for special-needs recipients.

“If we have — in the budget we send up to you — $300 million allocated for all ESAs in total, if you line-item veto that, aren’t you eliminating ESAs for handicapped kids?”

Brown refused to commit to a stance, reiterating that Hobbs was in favor of keeping the program in place for public school students in need — including special needs students — while rolling back the universal expansion portion. Livingston argued that, for Republican lawmakers, having a clear idea of how far Hobbs is willing to go to eliminate the ESA expansion is critical, especially when the legislature and executive office are at odds with each other ideologically.

“This is very critical on the whole budget,” he said. “This is the first time in 14 years that a Democrat has had the governorship and is working with us. The governor doesn’t have a mandate here. If you want to look at where the governor has a mandate, look at Florida and DeSantis; he won by over 20 points and not 18,000 votes.”

Hobbs won her election by about 0.6 percentage points in November. Republicans similarly can’t lay claim to a mandate: They control each chamber by only a single seat.

Brown responded that the Dreamer scholarship fund is an attempt to level the playing field for low-income students who would otherwise be eligible for scholarships from the Arizona Promise Program if they were legal citizens. Voters in November authorized allowing undocumented Arizona high school graduates to pay in-state tuition and receive state financial aid.

“It comes down to equity and creating programs for all Arizonans,” she said.

But Rep. Matt Gress, R-Phoenix, balked at allocating money for undocumented students without first ensuring that every legal Arizona student struggling to pay their tuition is accounted for.

“My constituents would be concerned if the Arizona Promise Program, which only funds $2,600 per student, versus $13,000 per student for the Promise for Dreamers program, would leave thousands of students who are legal U.S. citizens on the waitlist,” he said.

Hobbs’ budget includes an equivalent $40 million dollar investment in the existing program, bringing the total funding to $60 million. It is estimated that the extra funding will help propel 15,600 students into college, compared to the roughly 4,000 who benefitted last year.

Abortion in Arizona: Informing women or advising them?

Another point of contention among conservative lawmakers was a reallocation of funds that was interpreted as an attempt to circumvent current abortion restrictions. Hobbs’ budget moves $200,000 from the Homeless Pregnant Women Services grant program to the Department of Health Services’ operating budget.

The budget notes this reallocation is intended to bolster “services that are inclusive of all options and support personal choice”. At the initial budget briefing last week, that part of the presentation left Republicans in uproar, many of whom took to Twitter claiming that Hobbs was trying to use state funds to subsidize abortions.

For Livingston, that revision was especially galling, as he oversaw the grant program’s creation.

“What you’re choosing, the way I interpret this…is saying we are going to take $200,000 dollars from homeless moms and instead we’re going to apply it to abortion services. Maybe that wasn’t your intention, but that’s how I’m interpreting it,” he said.

Brown rebutted that the intent was not to fund or even advise homeless women to obtain an abortion, but rather to inform them of all the options at their disposal.

Livingston objected to moving the funds out of the grant program, saying that it’s unfair to  Maggie’s Place, a local nonprofit that provides transitional housing and parenting support for women in need, which often benefits from the grant money.

“This fund would not preclude this grant money from going to a charity such as Maggie’s Place,” said Rep. Raquel Terán, D-Phoenix, who explained that the group could still be eligible for the money, it is simply now the decision of the Department of Health Services who will receive the grant.

Sen. John Kavanagh, R-Fountain Hills, was unconvinced by Brown’s assurance that the reallocation is only intended to increase the information women receive, asking if it wasn’t, in fact, done to send women out of state when they are no longer able to obtain an in-state abortion. A law passed last year prohibits abortions after 15 weeks, unless the woman’s life is in danger.

“Is it the intention to provide information to women to get abortions outside of Arizona that they couldn’t get here?” Kavanagh asked.

Brown responded that the intent was not to guide women but to inform them, adding that how the grant recipients carried out their role in light of that directive was entirely up to them to determine.

Sparring lawmakers may set the tone for the session

Livingston, who chairs the House Appropriations Committee and oversaw much of the proceedings of the joint hearing, concluded by saying that he was upset with what he perceived as a slight from Hobbs’ towards his party’s legacy.

“I am looking forward to attempting to work with you guys,” he told Brown. “But I am not happy at all with what I deem is picking and choosing projects that this body has put in the last couple of years that you have as possibly eliminating.”

Throughout the hearing, Livingston sharply rebuffed Terán’s repeated requests to interject. As the hearing abruptly ended, Livingston went so far as to turn off the room’s microphones immediately after adjourning to preempt any last-ditch effort from her to speak.

Terán took to Twitter instead, decrying the lack of respect she experienced and saying it didn’t bode well for the Republican-majority’s willingness to work across the aisle.

“The disregard for parliamentarian procedures, disrespect & misogyny shown by Republicans during Joint Approps was disgraceful,” she tweeted. “Sadly, this is not a joyous first look at how republicans will attend budget conversations — our constituents deserve better.”