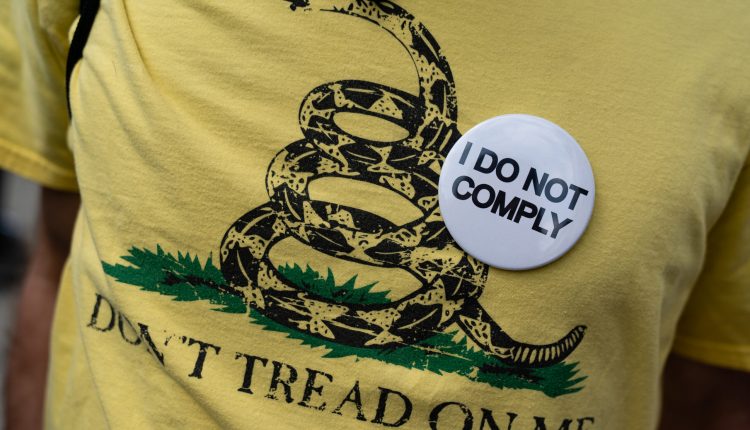 Arizonans have died from COVID-19 at one of the highest rates in the country, and a new report found that nearly one in every three of those deaths could have been avoided if all adults in the Grand Canyon State were fully vaccinated.

More than 1 million Americans have died from COVID-19, and the researchers concluded that nearly one-third — more than 318,000 of those deaths — could have been prevented if more people were vaccinated. Arizona eclipsed 30,000 deaths earlier this month.

In Arizona, 62% of people are fully vaccinated — less than the national vaccination rate of 67%, placing the state at 28th overall. But Arizona is among the worst for COVID-19 deaths, coming in at No. 4 — behind Oklahoma, Alabama and West Virginia — for deaths per 1 million people.

The report was done in collaboration with Brigham and Women’s Hospital, Harvard T.H. Chan School of Public Health, and Microsoft AI for Health. They analyzed data between January 2021 and April 2022, when vaccines were widely available.

A spokesman for the Arizona Department of Health Services provided a written statement to the Arizona Mirror that didn’t address the new report or how Arizona could have prevented deaths by doing more to get Arizonans vaccinated, instead lamenting that people have continued to die, even after the vaccine was so widely available.

“It is heartbreaking to lose people to COVID-19 when science has given us a way to put this invisible killer in its place through vaccines that dramatically reduce the chances of severe illness, hospitalization and death,” ADHS spokesman Steve Elliott said.

Elliott added that the state’s public health agency continues “to promote vaccines and boosters and have worked to make this message resonate with different communities.”

But those efforts have mostly come in the form of encouraging people to get the vaccine.

Will Humble, a former ADHS director who now serves as executive director of the Arizona Public Health Association, said the report’s findings should come with a caveat given it’s nearly impossible for any state to hit 100% fully vaccinated for COVID-19 –– Rhode Island currently sits atop the vaccination rate with 82%.

Humble said he thought even more deaths were preventable than researchers found because they only looked at vaccine uptake, not other public health measures to limit spread of the virus.

“I would say another third could have been saved with just some reasonable measures that winter of 2020. We weren’t doing anything in bars, restaurants and nightclubs,” he said.

Humble has been a vocal critic of how Gov. Doug Ducey and Cara Christ, who ran the health department until last summer, responded to the pandemic.

Months into the vaccine rollout, Christ remained optimistic that Arizona could hit the 70% vaccinated goal President Joe Biden set by July 4. That number quickly dissipated as the rollout itself was marred with misinformation and, in some instances, tied the hands of local doctors and health departments from being able to administer vaccines.

A year later, Arizona is still far away from the 70% goal.

Instead, the state focused on vaccine points of distribution, like the one at State Farm Stadium, which was considered a “national model” despite its overwhelming disparate numbers showing wealthy white people were the ones benefiting the most.

The Ducey administration even gave a no-bid $3 million contract to an ally of his to help boost vaccination numbers among the Hispanic and Latino population — especially in the ZIP code near the state Capitol — but the state has not provided any evidence that those efforts helped at all.

The state health department has not tracked why people decided to get vaccinated nearly a year after doses became available in the state to further target low-income or high-risk populations. And Arizona did little to combat vaccine misinformation that spread rapidly online, particularly among political conservatives.

In fact, several elected officials in the state legislature spreading misinformation about vaccines sponsored bills to ban vaccine mandates in schools and government jobs. Ducey signed both measures into law.

It took months before the state even provided details about breakthrough cases and offered any information about the unvaccinated. The most recent update from March 2022 shows the unvaccinated are 19 times more likely to die from the virus than those who are fully vaccinated. Arizonans who received the first two vaccine doses, but not a booster, are 13 times more likely to die of COVID-19.