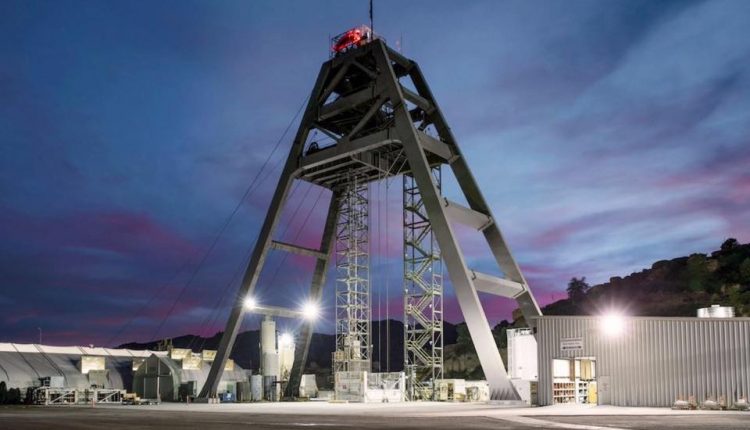 As Arizona enters what is likely to be its third decade of unprecedented drought, the proposed Resolution Copper mine just east of Superior at the site of Oak Flat has become a symbol of the fight over economic development, dwindling water supplies, and the preservation of Native American heritage and publicly owned open spaces.

On Tuesday, the San Carlos Apache Tribe released a water study on the deep mining project that describes a region in crisis and a proposed mine that will use 250 billion gallons of water, as the battle once again makes its way to Congress.

The report was commissioned by the San Carlos Tribe and funded by a grant from the Multicultural Initiative for Community Advancement Group, which “partners with indigenous communities, governments, and foundations to build social and economic capital through innovative, culturally appropriate strategies.” It was titled “The Proposed Resolution Copper Mine and Arizona’s Water Future,” and authored by Dr. James Wells of Everett & Associates Environmental Consultants in Santa Barbara, Calif.

The study comes as the water level in Lake Mead has dropped to historic lows, and in the wake of an announcement by the Central Arizona Project in mid-August that Arizona’s share of Colorado River water will be reduced by 30 percent.

That is nearly 18% of Arizona’s total Colorado River supply and less than 8% of Arizona’s total water use, according to the Arizona Department of Water Resources. The 500,000-acre-foot cut is enough to provide water to about 1 million people for a year. (One acre-foot of water equals 325,851 gallons, or the amount of water needed to cover an acre of land, roughly the size of a football field, a foot deep.)

“The Resolution Mine poses a grave and unacceptable impact to Arizona’s declining and finite groundwater supplies while surface water supplies are being reduced. This mine must not be constructed,” San Carlos Apache Chairman, Terry Rambler stated in a Sept. 28 press release announcing the report. “Our state Congressional delegation must work decisively to pass the Save Oak Flat Act to stop the mine and to protect our water for future generations.”

The Save Oak Flat Act, or SOFA, would repeal a law requiring a swap of approximately 2,422 acres of Forestry Department land in the Tonto National Forest to Resolution Copper. That law was slipped into the National Defense Authorization Act in 2014 by the late Carl Levin (D-MI) and Howard P. “Buck” McKeon (R-CA) in what’s come to be known derisively as the “Midnight Rider.” The land exchange was triggered early this year when the Trump Administration published the project’s Final Environmental Impact Statement (FEIS) on Jan. 15, giving the Forestry Department 60-days to execute the deal.

But the Biden Administration’s Department of Agriculture put the deal on hold, in part to allow more time to consult with several Arizona tribes.

According to U.S. Rep. Grijalva, the Tucson Democrat who introduced SOFA, legislation to undo the land swap has been proposed on a regular basis since 2015.

“We’ve been doing the Save Oak Flat bill over and over again since (the swap) was passed in the middle of the night, way back when,” he said. “This is the closest opportunity we’ve had, so it still has a strong possibility to get out of the House if we ever have a clean vote.”

In the wake of the administration’s hold on the Oak Flat land swap, officials from the Town of Superior, as well as a group of stakeholders calling itself the Pinal Partnership, began advocating for the project and standing firm against SOFA.

Superior Mayor Mila Besich has been working on the Resolution Copper project for many years — too long, she says — and sees it as one of the few economic opportunities for a community her family has been a part of for generations.

In a recent letter urging members of her community to reach out to their representatives, Besich said SOFA is a “poison pill” that would “cripple all of the mining operations in our region.”

“As residents of Arizona’s Copper Corridor, we understand our role in the world,” she wrote. “We mine and produce the copper that runs this world. Right now, our role in the global economy is at risk.

Resolution has granted funds to the small desert community for a wide variety of infrastructure projects from the town’s school to the community center, and every year the longtime mining community celebrates its heritage with the Apache Leap Mining Festival.

Besich also believes all the work that has gone into the environmental study has created “one of the most complex and comprehensive” environmental reports for a copper mine in the U.S.

“We’re not building the mine of my father; of my grandfather or of my great-grandfather,” she told the Arizona Mirror. “We’re building mines that are extremely regulated, and I’m pleased with the work the town and (Resolution Copper) has done.”

Resolution Copper says the project could ultimately directly employ somewhere in the neighborhood of 1,500 people — most living in the East Valley and Phoenix Metro area — and inject $20 billion into Arizona’s economy. It could supply the United States with one-quarter of its copper for the next 40-60 years, although there is no guarantee the copper would make it into U.S. manufacturing, given the volatility of the copper market.

A 2019 study commissioned by the Arizona Department of Transportation concluded that the majority of copper extracted from the Rosemont mine would be shipped outside of the U.S. because there isn’t capacity at American smelters to process the ore.

The Pinal Partnership, a nonprofit founded in Pinal County in 2005 that “unites the (county’s) vision for responsible economic development,” according to the organization’s president Tony Smith, has also advocated for Resolution Copper, touting the economic benefits of the project, using its influence in the region to further garner support for the project.

“Copper is a very strategically important product, not only to the county, but also to the state and the nation,” Smith said. “It’s critical for electric vehicle manufacturing and for green technologies, including our emerging solar industry and for the mining communities of Superior, Miami, Globe, all the areas that rise and fall with the prospects of mining.”

He added that mining dollars are also critical to continued the economic progress many of the small, rural communities of Arizona have made and for their continued survival in the future.

“It is tragic that something like [SOFA] adds to the frustration when the federal government seemingly turns on and turns off major projects like this,” he said.

Resolution Copper is a partnership between two of the largest mining companies in the world, Rio Tinto, a multinational mining corporation headquartered in London, and BHP, an Australian corporation. Oak Flat, just east of iconic Apache Leap, sits atop one of the largest known untapped copper deposits left on the planet.

The proposed mine would be the largest underground mine in the U.S., plunging to depths of more than 7,000 feet below the surface, where temperatures reach 180 degrees Fahrenheit. Large quantities of water for cooling and other aspects of mining, from dust control to remediation of mine waste, would be required for its operation.

As a result of the block mining techniques proposed, a “subsidence crater” would cause a surface collapse more than one mile wide — some estimates place that measure as much as two miles — and 1,100 feet deep. The crater could get to within 1,000 feet of Apache Leap, if not closer.

Mine waste, known as “tailings” in mining parlance, would be piped to an area near Dripping Springs, about 20 miles southeast of the mine in the Gila River watershed, and stored behind a 3-mile long, 500-foot tall earthen dam made of mine waste. The tailings pond would eventually cover nearly 4,000 acres, according to the study.

In 2015, a similar BHP dam in Brazil collapsed, killing 19 people and dumping 45 million cubic meters of iron ore waste and mud that traveled more than 400 miles to the Atlantic Ocean, destroying everything in its path. Resolution Copper’s tailings facility would contain nearly 20 times greater volume than the Brazilian facility.

Last year, Rio Tinto’s CEO and two other top executives stepped down following an outcry at the company’s destruction of a 46,000-year-old Aboriginal heritage site in Australia known as Juukan Gorge.

In 2009, the Government Accountability Office reported that there are at least 161,000 abandoned mines in western states, from Alaska to New Mexico. The GAO also pointed out potential dangers abandoned mines can present to the environment from damage caused by spills to toxic water filling abandoned pits.

At the end of its life, the hole left behind would likely turn into a crater that could fill with toxic water over the course of decades, much like the Berkeley Mine in Butte Montana that contains 50 billion gallons of water that is so toxic it has killed flocks of birds on more than one occasion.

Not only would the project use billions of gallons of water over the course of its life, there is also the possibility of contamination throughout central Arizona watersheds, as well as the possibility of future disasters in the Gila River watershed should the 500-foot-tall tailings dam give way at some point.

Grijalva applauded Rambler and the San Carlos Apache Tribe for bringing water issues to the forefront of the discussion as he heads into talks on the reconciliation bill that would move the Oak Flat protections forward.

“I think the water study has dramatically changed the dynamics of this discussion,” he said. “We have totally permissive groundwater laws here that allow mines to use whatever amount of water they feel is okay: They have no limits. … The study that the tribe released places the issue of water front and center in the discussion.”

Kyrsten Sinema is no John McCain, try as she might